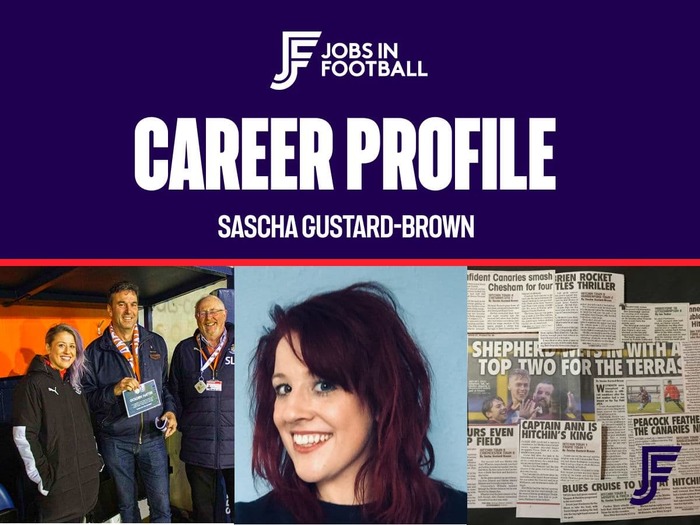 How did you start working in football?

I have loved football from an early age and started watching football as a child when my Dad took me to home games at our local club. It was with a little bit of luck that I ended up working in the sport though. One of my hobbies is creative writing and some of my pieces were seen by a local non-league club and it went from there. I started as a volunteer and have been working in football ever since! It is of course an industry I wanted to be in but having studied Business Management at University and fallen into Administration after graduating, I thought it was a bit of a lost cause to pursue. So it was a good lesson for me to learn - to not give up on something you want to do.

In all honesty, supporter engagement was not an area I thought I would work in. I loved writing and interviewing and started off with volunteer work and work experience within media. However, I then became the Supporter Liaison Officer at West Ham United and realised how rewarding such a role can be. When I became the Head of Supporter Engagement at Luton Town FC I had such support and a fair bit of freedom to run with a number of ideas and projects.  It was a new role for the club and so I had the opportunity to try new things and develop the role into something that had purpose and importance.

What is your favourite part of working in supporter engagement?

You get to see the physical reaction to your work and it can be one of the most humbling and rewarding experiences. I have seen supporters stand and cry while leaving a message to a loved one who has passed away (Luton Town FC's Hatters Memory Wall) and I have seen complete elation on the faces of younger supporters because they have just had their face painted for free. When you have the opportunity to watch an initiative implemented and the consequent positive reaction to it, it can absolutely make your week. 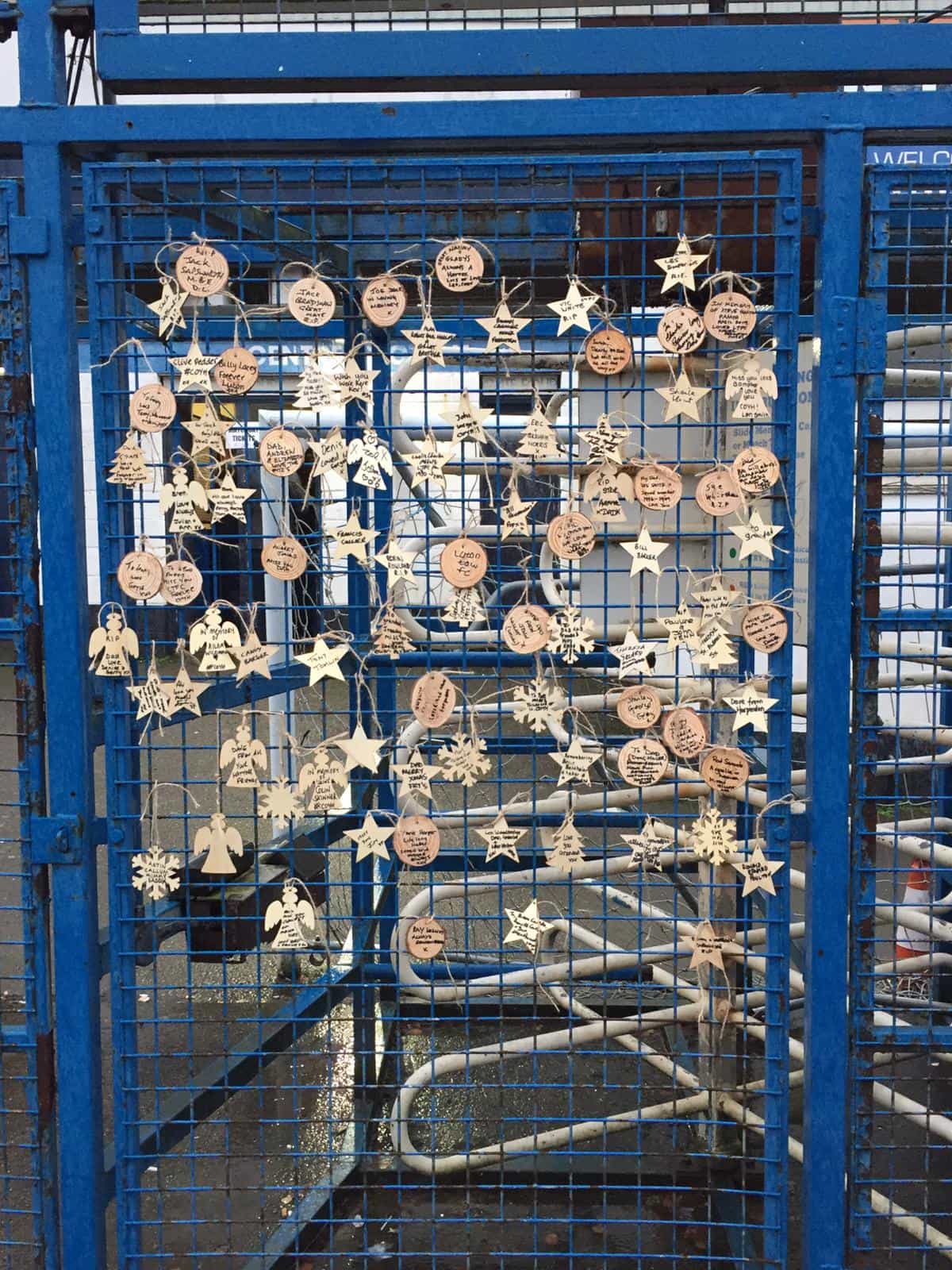 Supporter engagement can often lead to community engagement too, which means you can have the opportunity to have a positive impact on those living closest to the club you work at. When you host a local charity on a matchday, or assist with fundraising for a local cause, it can be so rewarding.

What has been your career highlight?

On a professional level, it was leading the working group at Luton Town FC into winning the EFL's Family Club of the Year Award for the Championship (19-20). I only became the Head of Supporter Engagement in July 2019 and football came to a halt in March 2020 due to the pandemic, so to achieve this in around eight months was such a rewarding experience. Luton is not overwhelmed with facilities and space so it was all about implementing initiatives that didn't need those things, or those initiatives that made the most of the limited space on offer. There was a lot of hard work from everyone involved in the matchday working group and such a fantastic example of how teamwork and utilising individual skills can achieve something. I am immensely proud to have been a part of that group and to have worked with such wonderful, hardworking colleagues on that project.

On a personal level, I have had the opportunity to meet some real legends of football and when you are a football fan, it is pretty exciting to have those opportunities every now and then! 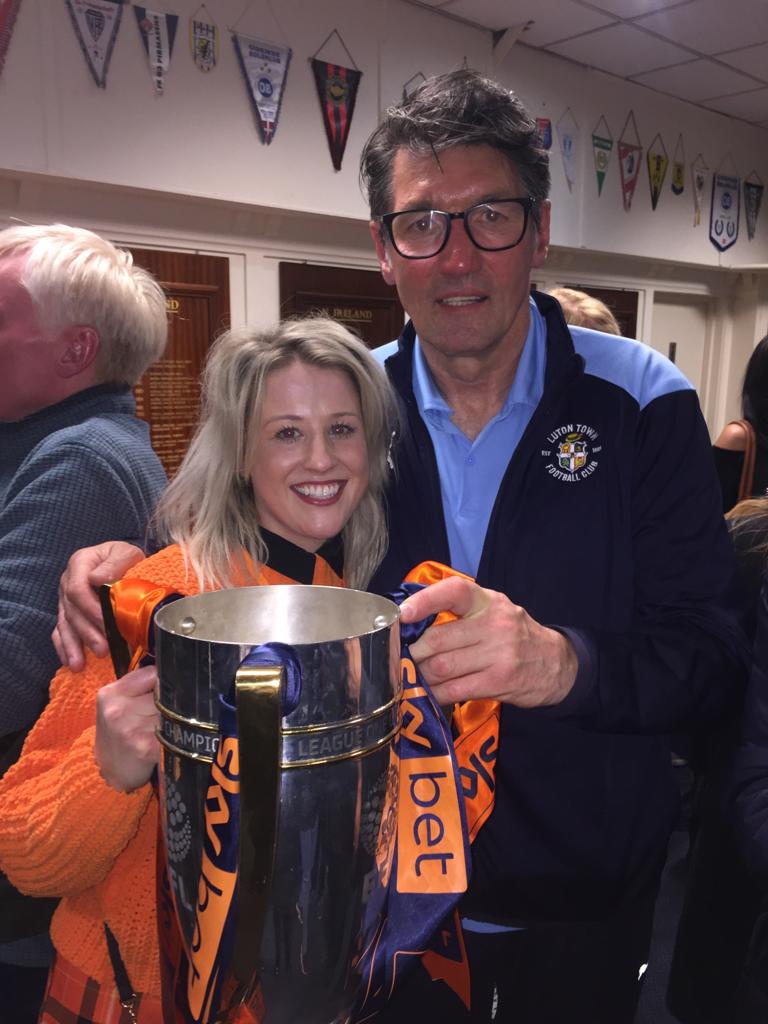 Work hard and be open to the idea that maybe your area of interest will change. It is sometimes difficult for us to see past a career goal that we have held for so long but football is full of opportunities and roles that right now, you may not even know exist. Be open to helping in other areas if asked too and make sure you make an effort to know all of your colleagues, not just those who work within the same team as you. You will find it far more enjoyable knowing that you have an understanding of what happens across the whole club.

Also, just be a nice person. I have found that there are times where you need to put yourself first because it is an extremely competitive industry but it is far better to be a nice person and be part of a team in order to work your way up the career ladder. That quality also extends to supporters, members of the community, other stakeholders etc. Be approachable, be kind and be positive - it goes a long, long way to doing your job well.

What has been the toughest part of working in football?

There is no doubt about it, it is hard work! Your life quite quickly starts to revolve around fixtures and you do find that is how you mark events in the year. Yes, the close season gives you an opportunity to go on holiday with less stress than during the season but at the same time, your job rarely comes to a stop! When one season ends, you are preparing for the next season almost immediately.

Planning and Administration are two big areas in football and then of course you have areas such as Sales and Retail, which are pretty much a constant workload, regardless of what time of year it is. Having said that, the hard work is completely worth it. There are many reasons as to why football is an industry that a lot of people are striving to work in and I am pretty sure I wouldn't scratch the surface if I started to list some of those reasons!

And the toughest part of working in supporter engagement?

Unfortunately, you are not always going to get it right because it is impossible to please all of the supporters, all of the time. In my experience, most supporters are understanding of that but it is not always easy having to say 'no' to supporters who are passionate about their club and their ideas.

What challenges have you had to overcome to be able to succeed in your role?

Strangely, I think most of my challenges have been those that I have created myself. I have been extremely lucky to have worked in supportive teams and report to good line managers, so I think a lot of the challenges have come from my own self-doubt at times.

Early on, I did question my experience levels and skills because I was surrounded by people who had either been in the industry for long periods of time, or had followed a natural path of relevant education and work experience to lead them to a full-time role. It was really important for me to find confidence in my abilities and once I had that, I found it easier. How many times have we all heard about people 'falling in to a role' and consequently being successful? Being confident and positive about what you can offer is a huge asset and it is always worth remembering that you have been taken on to fulfil that role - there is a reason you have been hired to do that!

I have also had to delegate work to people who were quite obviously above my pay grade, which was quite daunting at first. But again, it was my own initial lack of confidence as to why I felt like that. It is important to remember that there is a lot of crossover in departments when working at a football club and each department will take it in turns to be the most important throughout the season. So one minute you may be asked to support the Retail team because a new kit is being released and the next minute you may have to chase the head of a department for information around Equality, Diversity and Inclusion.

Are there any resources that you would suggest as recommended reading?

To be honest, I think this is a good example of where the phrase 'knowledge is power' is applicable. You don't have to be a walking encyclopedia but to know about the industry you work in is obviously beneficial.

Even reading a matchday programme on a regular basis is helpful. It is one of the easiest ways to find out key things about a club, whether that is a way of understanding a manager's thoughts and feelings by reading their matchday notes, or finding out what work the club carries out via their Community Trust.

In terms of supporter engagement, it is really important to find out what other clubs are doing and who your counterpart is at those clubs. A lot of great relationships are built between Supporter Services Teams/SLOs/Heads of Supporter Services etc and I have always found that sharing best practice and supporting each other is something that clubs like to do. So read through the supporter and family pages of other club's websites, see what they are doing on social media and don't be scared to reach out and make contact if you want more information on what you have read. Nine times out of ten you will find it a positive experience and the other time you will probably just have your email ignored, which happens to us all! 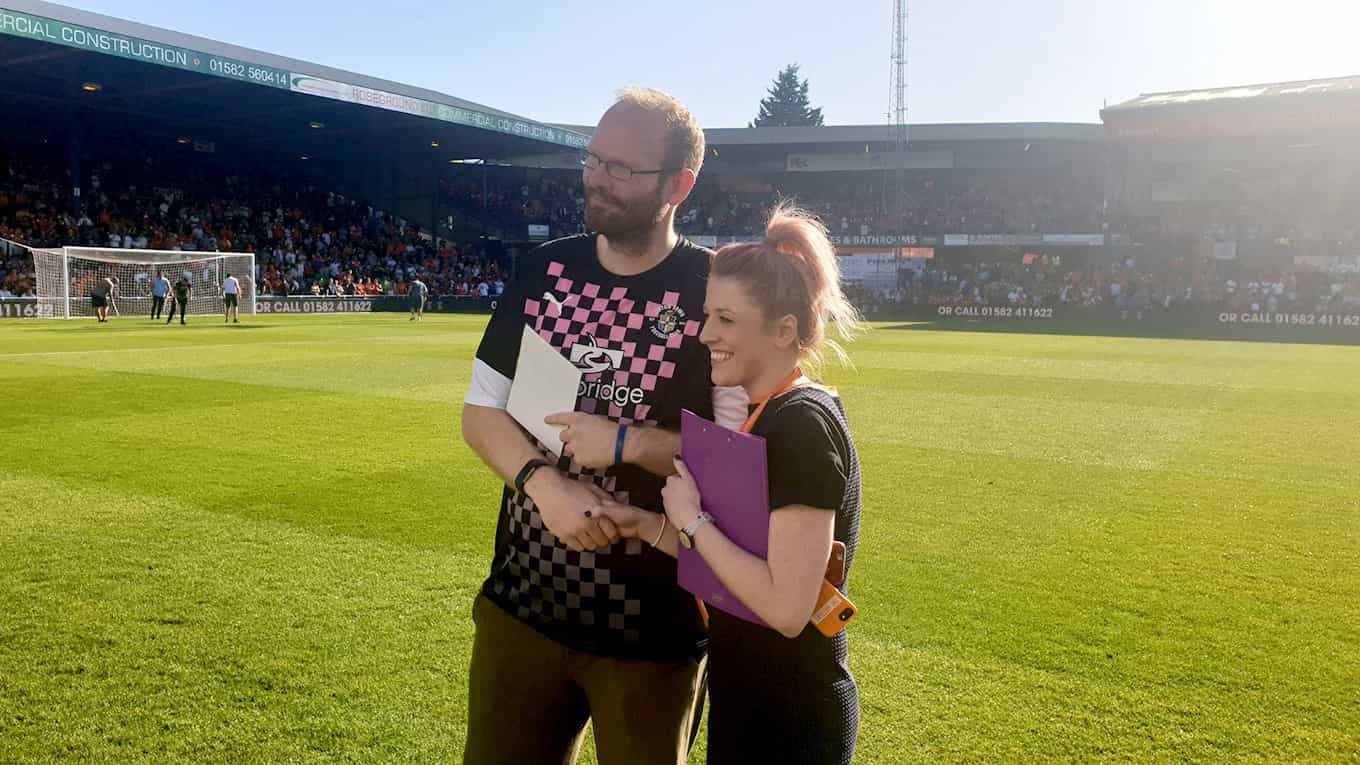 Are there any courses you would recommend?

Personally for supporter engagement, I would look at courses that can add something new to your skill set. And that is not me belittling the academic-style courses but I just think, for a supporter involved role, skills such as knowing sign language, speaking a second language or having a level of Disability Awareness Training for example, will be really useful. Football should and must be accessible to everybody so having any skills and training that ensures the sport is inclusive will be a real positive.

I don't like to pinpoint an area because that wouldn't be true to my journey so far. I have had such varied roles and been brought into so many different areas that my interest is now more vast.

It is hard work but great fun working in supporter engagement but I have also assisted and worked within MarComms, been the Executive Assistant to the CEO at Luton Town FC, written match reports for the Non-League Paper, assisted with Player Care, picked up the role of Equality, Diversity and Inclusion Lead... All of these areas have contributed to improving my knowledge and skill set and there isn't an area where I thought 'this is awful, I don't want to do this!'

I am somebody who likes to work and keep busy and I am somebody who loves to work in football. Now that I am in the hustle and bustle of it all, that is where I want to stay! I am confident that I have a lot to offer a club or other football organisation and I will keep working hard to ensure I have a successful career in the industry.

Having left Luton Town FC at the end of October, I am currently looking for a new role. I am keeping busy with Football writing and prject managing re. customer engagement in sport. However, I am eager to start a new, full-time role in Football soon, and therefore seeking that next opportunity.