What Is After-Care In Football? 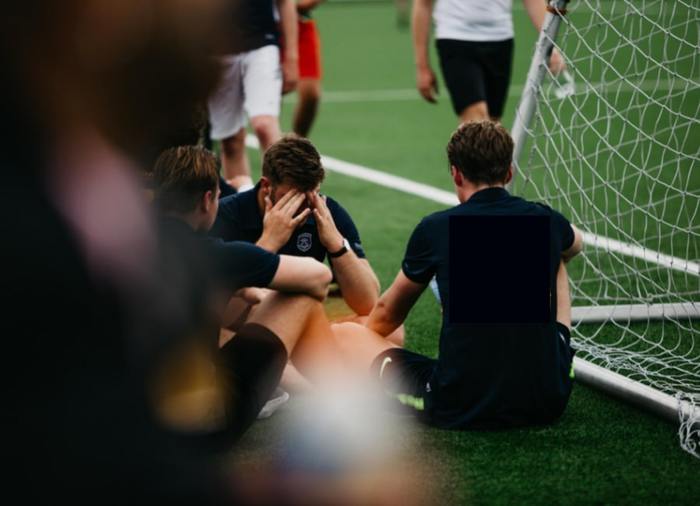 After-care is a hot topic within the world of football right now. This is hardly surprising, given the increasing volume and consistency of conversations surrounding men's mental health, both in professional sport and wider society. Growing concerns about the formative role that professional academies play in the personal development of their players have caused some organisations to start conducting research. One recent study found that 93% of Premier League youth players aged 8-17 had a 'positive experience' at their respective academies; however, this doesn't tell the full story. Unfortunately, however good a player's time is within an academy set-up, it's when they're released that the problems really begin. Last September, an ESPN report explored various negative stories about the impact of being released on player mental health, motivation, and anxiety. When the intense structure and physical demands that have dominated the adolescent years of youth footballers is suddenly removed, it's no surprise that things begin to derail for many of these young players. This is where after-care comes in.

But what exactly does that term mean? And how is it being applied within professional set-ups in the UK? This article will take a detailed look into the field of after-care in football, with a specific focus on released youth players. We'll ask how clubs help to provide players with education, career support, and opportunities at other clubs, and examine the impact player releases have on the provision of these things. We will also explore which clubs have the best approach to after-care, and shine a light on some innovative strategies within the game.

In January 2022, Crystal Palace FC received credit for their announcement of an enhanced after-care programme for players aged 18-23 that are released from the club. Pundits such as former Aston Villa forward Gabby Agbonlahor have praised the scheme and expressed disappointment that it had taken so long for a club to make this vital step. During this crucial period in the lives of released players, a dedicated Player Care Officer will now remain in contact with them, supporting their development by aiding their search for a new club, a job, or an educational path.

Crystal Palace is the first club to publicly confirm after-care provision. It takes the form of a 3-year package, its structure and length guided by conversations had with various different groups of people at the club. While this is a hugely positive move, it seems bizarre that this is the first clear example we've seen of such work. What was it that prompted the South London club to make the move?

According to Crystal Palace chairman Steve Parish, "The Academy’s primary role is, of course, to ultimately produce footballers for the club's first team, but we have a duty and moral obligation to nurture and guide all the 200+ players within our care."

"It may also be about helping them continue their education or begin a life outside of football in the workplace," he continued. "Whatever their path is, we want to offer our support to them to help them achieve success." 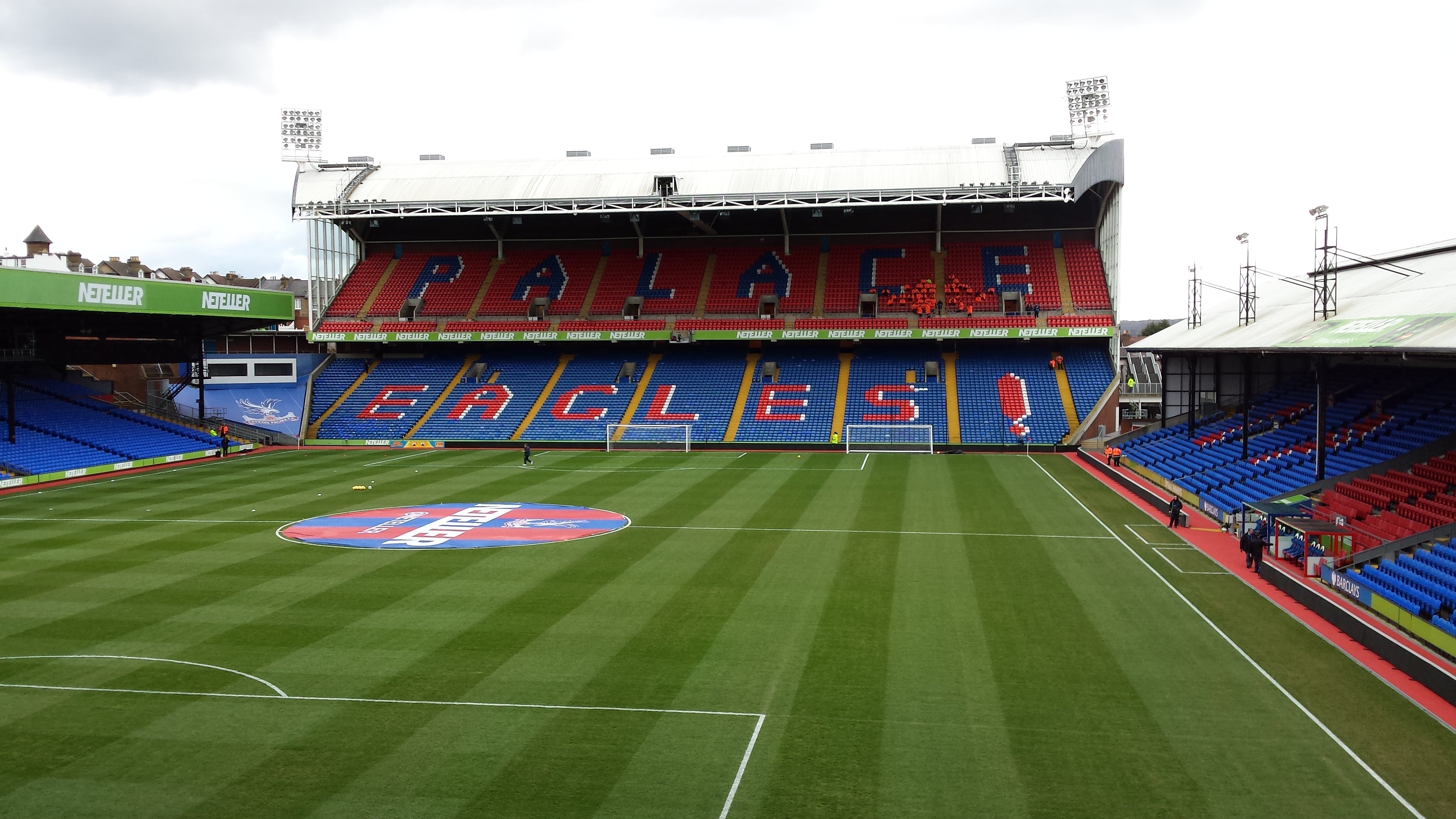 This sense of moral duty is thankfully becoming more widespread throughout football, which too often can be a brutal industry, particularly for young players. After all, in an industry where 0.5% of 9 year-old players at pro academies actually make a career from playing football, it's only right to have certain structures in place for those who don't get to the top.

So what kind of work is undertaken within the after-care process? Well, a big part of Crystal Palace Academy Director Gary Issot's work comes down to breaking through the barriers of embarrassment or disengagement that stop released players from wanting to return to or speak to the clubs which let them go. According to Issot, they will often stay clear of the club after leaving to avoid any negative confrontation, struggling "to deal with the initial trauma of leaving a professional club and understanding what transferable skills they have, what value they add to other career pathways, or even how they begin to pursue other interests and passions."

It's not uncommon for players to return several years down the line seeking advice or guidance; however, by then, they have likely already experienced their fair share of disappointment, heartbreak, or trauma related to the decision to let them go. Real after-care provision is about beginning this process much sooner in order to avoid all that. In an interview by Louis Langdown with The Football Family, Issot explained "We were determined to employ someone that can take that pressure off a young man and have a dedicated point of contact who can open communication channels in a number of ways." Personalising this process is a great way of encouraging players to open up about their experiences.

As well as encouraging players to seek and take advantage of opportunities to trial or play for other clubs, after-care also seeks to show them a life outside of football. The best packages are about introducing young people who are passionate about football to the various other aspects of the professional game that they could work in. Maybe they'll discover a passion for sports law, or a desire to get into TV or radio broadcasting. Youth players might not actually realise it at the time, but being in an academy provides them with all sorts of valuable knowledge about the game, whether it relates to physical fitness and nutrition, tactical strategy, or the realities of coaching. This bank of knowledge could lead towards a potential career within scouting or analysis if the professional footballer dream falls through.

Are other clubs catching up?

As we mentioned earlier, it's taken a while for after-care to become a serious concern within professional football. Thankfully, Crystal Palace isn't the only club making moves to cement this crucial aspect of youth development within their setup.

As Performance Education and Life Care Officer, Ian Herding is a key cog in the machine of Southampton FC's Category 1 Academy. The club has a pioneering approach to the often difficult plight of the released player. For the past eight years, Southampton has kept an 'alumni database' tracking how those who have passed through the club are doing. A big part of maintaining this database comes from progress-tracking personal conversations between Herding and departed players. It's this kind of personal interaction that can give young footballers the confidence to speak out about their experiences and positively shape their own development.

Southampton's exit strategy, which involves Herding acting almost as an agent or intermediary to support player career development, has produced excellent results. In the 2017/18 season, for example, Southampton released 11 players from their U16 group. All 11 of these young footballers went on to sign a scholarship at a professional club, a 100% success rate that most other clubs could only dream of. And their efficacy when it comes to youth development is evidenced by the long list of top-class players produced in by the Hampshire club in recent years; Ben White, Luke Shaw, Calum Chambers, James Ward-Prowse, and Alex Oxlade-Chamberlain are just a few names that crop up.

Now, the role of Performance Education and Life Care Officer at Southampton is a demanding one, which involves a huge amount of administrative and communicative work. Perhaps this explains the seeming reluctance of other clubs to take an equally methodical approach to monitoring and helping out released academy players. The thing is, it's ultimately a small sacrifice to make — the fact that two of the country's most successful academies are both pioneers in player after-care is no coincidence.

Will After-Care Become A Permanent Part of Football Development?

It's hard to know how long it will be before the majority of Premier League and EFL clubs have dedicated structures and procedures in place for academy player after-care. Progress takes time, but it seems to be on the way. Last April, i News reported that the Premier League was considering a formalised process to ensure that released academy players receive mental health and well-being support. At this point, however, it still hasn't materialised, meaning there is still no formal system across the board to protect young players once they're out of the professional youth system. Without any kind of intervention, it's far more likely that players will suffer from depression, anxiety, low moods, feelings of inadequacy, and stunted career growth.

Player care is arguably the biggest growing department in academy provision right now. Broader discussions around men's mental health have tried to break down taboos about speaking out and asking for help, and the same idea applies when it comes to after-care provision in football. Innovative strategies like the appointment of a Player Care Officer or the operation of a detailed alumni database are exactly the kind of steps clubs must take if football is going to take responsibility for the mental health and well-being of those involved in the sport. Hopefully, Crystal Palace's recent move towards an enhanced after-care system sets a precedent that other clubs will have little option but to follow. After all, looking after the interests of players is an essential part of allowing them to perform on the pitch.