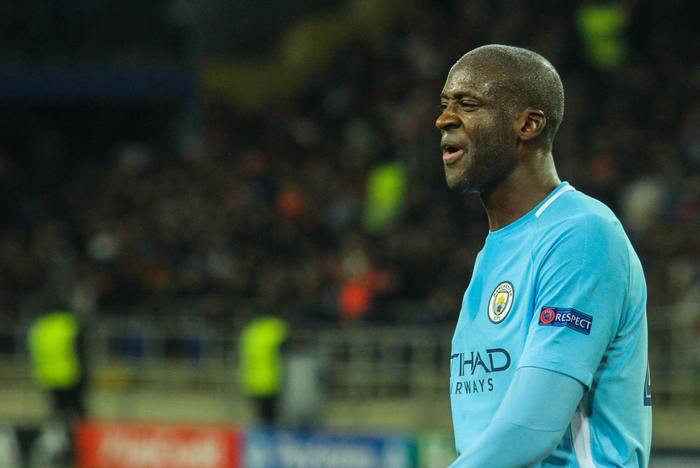 The football season is almost here. With the Qatar World Cup breaking up the winter schedule in November and December, games have to be squeezed in wherever they can, and the 2022-23 campaign is beginning a week earlier than usual. While this means it's going to be a pretty grueling set of fixtures for players, one upside is that we fans haven't got quite as long to wait until the new season begins, with Huddersfield vs Burnley kicking off the English Football League season on Friday evening.

Another consequence of this elongated season is that clubs have tried their utmost to get all their backroom dealings done as quickly as possible. Having a stable staff team is crucial for helping settle new players and making the appropriate plans for the coming season. This means that right now, there aren't as many staffing moves taking place as there were earlier in the transfer window.

That being said, some clubs are still busy. In this article, we'll take you through some of the most significant appointments in world football this week. Read on for your dose of transfer dealings — after all, it's not all about the players.

Blackburn Rovers have been super busy behind the scenes this summer. Back in June, we reported on their appointment of Head Coach Jon Dahl Tomasson and Performance Director Ben Rosen. This recruitment surge followed former Bodø/Glimt and Norwich City Academy Director Gregg Broughton's entrance as Director of Football.

Now, they've added further to their team with the appointment of Wales' National Talent ID Manager Gus Williams as Head of Recruitment. Williams was with the Welsh FA for 22 years, after joining in 2000 as Regional Development Co-Ordinator. He occupied a range of positions, consistently showing a knack for unearthing footballing talent.

Of the move, Williams said "I am honoured and excited to join Blackburn Rovers, a club with a prestigious history in football. The vision and strategy outlined by the Director of Football on behalf of the owners and Board evidences an ambition to deliver success on and off the pitch."

Leeds United only narrowly escaped relegation last season, and will be looking to progress up the table under their recently appointed boss Jesse Marsch. In their search for Premier League success, they've brought in former England Futsal Head Coach Michael Skubala as their new Under-21s Manager.

He replaces Mark Jackson, who led the U23s before getting a promotion to the first-team set-up. Skubala was Head Coach and Elite Performance Manager for England Futsal between January 2017 and the end of 2020, when England's Futsal team was controversially disbanded.

According to Leeds Director of Football Victor Orta, "The role of Head Coach within the Under-21 side is clearly an important role at a club that sees so many players progress into the first team." — recent examples have included Kalvin Phillips, Tyler Roberts, and Jamie Shackleton.

The 44-year-old has been coaching for almost 20 years, after his playing career was cut short by injury. He therefore brings plenty of experience to Carrington, where he'll work predominantly with the Under-21s, but with some responsibilities elsewhere at the club. This appointment is part of a larger revamp that has seen the exit of both U23s Lead Neil Wood, who was appointed Salford City's manager, and his assistant Neil Ryan, who joined the Football Association as an England youth coach.

As our 12th-19th June roundup reported, the club's U23s side is now being led by former United youth products Mark Dempsey and Paul McShane. In recent years, the Lancashire club hasn't quite lived up to its strong reputation for producing excellent young talent (other than a couple of notable exceptions). They'll be hoping that these changes can help remedy that unfortunate situation.

Anyone who's been following English football for a while will remember Blackpool FC's explosive spell in the Premier League in 2010-11. One man who was crucial to getting them up there in the first place was Scottish striker Stephen Dobbie, whose play-off semi-final goal against Nottingham Forest was crucial in securing a place in the final.

In total, Dobbie had four loan spells with the Seasiders during a career that saw him play for the likes of Swansea City, Crystal Palace, and Queen of the South. And after announcing his retirement earlier this summer, the 39-year-old is finally joining Blackpool permanently, having now been unveiled as the head of their newly-founded development squad.

The development squad will focus on bridging the gap between the Under-18 side and the First Team. According to Dobbie, “The development squad is still relatively new and there is a lot of talent in there. We’ll maybe have some first-team players that need a game and we’ll be looking to try and progress the Under-18s into the squad as well. It’s about trying to help the group reach the next stage."

After completing his UEFA A License, legendary former Barcelona and Manchester City midfielder Yaya Toure is set to become an academy coach at Premier League side Tottenham Hotspur. Pictures surfaced online of Toure with Spurs Academy Head Coach Chris Powell at the club's Enfield training base, sparking excitement from fans of the Champions League winner.

The 39-year-old former Ivory Coast international recently completed his coaching badges after earning a UEFA A License from FA Walves. Since retiring in 2020 at Chinese club Qingdao Huanghai, Toure has also spent time at QPR and Blackburn.

In December of last year, Toure worked with Spurs' youth academy on a part-time basis, and he'll be pushing on with his coaching journey during the 2022-23 season with a full-time contract, taking on his own age-group team. It will be interesting to see what's next for a man whose dazzling performances in a Manchester City shirt have already lit up the Premier League.

Before joining Yeovil, he worked as Southern League Premier Division South Tiverton Town's First Team Goalkeeping Coach, so he'll be making a step up with his new employers. The Somerset club have underperformed in recent times, and will be hoping to regain league status sooner rather than later.

Before we go, we should mention a couple of interesting appointments made towards the back end of last week. Chelsea FC have appointed Tom Glick, a sports marketing and operations executive, as the club's new President of Business. He joins from Tepper Sports and Entertainment, where he's been President since January 2020, adding to the American contingent operating at the top end of the West London club.

Another staffing move also took place late last week up in the North East of England, as Newcastle United appointed Darren Eales as their new Chief Executive Officer. Eales joins from US Major League Soccer (MLS) club Atlanta United, where he worked as President and Chief Executive since the team's founding in 2014. The sports executive has an impressive track record, having built a franchise that has secured the highest average attendance in MLS and won multiple trophies, something Newcastle will be looking to emulate themselves.