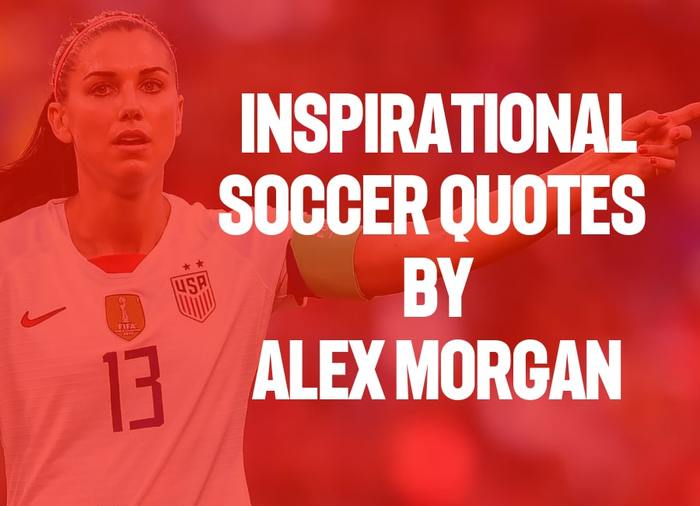 Since breaking onto the world stage at the 2011 FIFA Women's World Cup, where her US team were runners-up, Alex Morgan has consistently been one of, the best players in the game. With 2 x World Cup victories (in 2015 and 2019), an Olympic Gold Medal, a Champions League, multiple league titles as well as countless individual awards against her name, she has won just about everything there is to win and established herself as an inspiration to millions.

Off the field, she has lobbied for equality across women's soccer and sport in general and has no doubt played a significant part in increasing the popularity of the women's game.

Continuing our inspirational quotes series where we've taken a look a various figures throughout the game (such as Mia Hamm), we take a look at some of the best quotes from Alex Morgan to inspire and motivate. 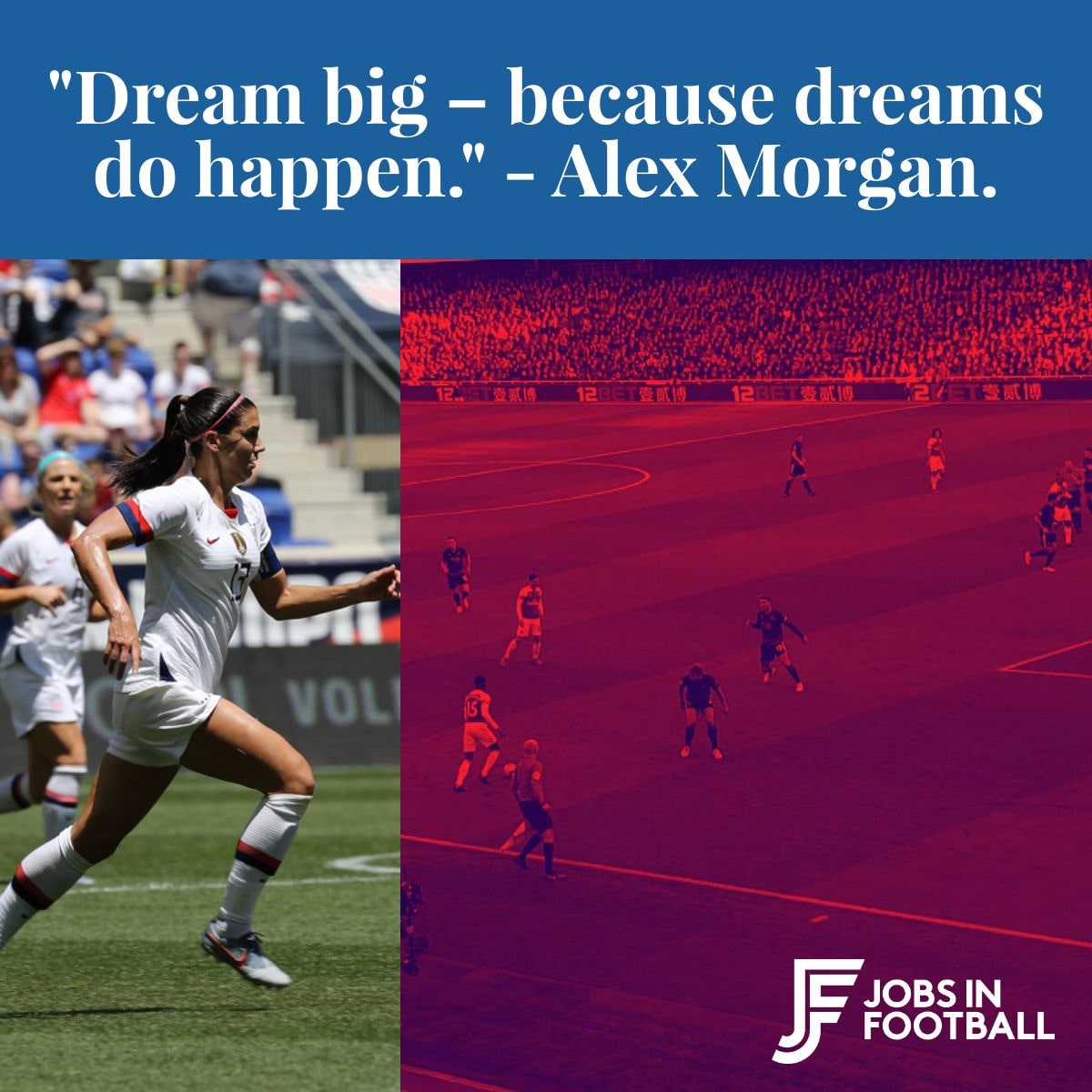 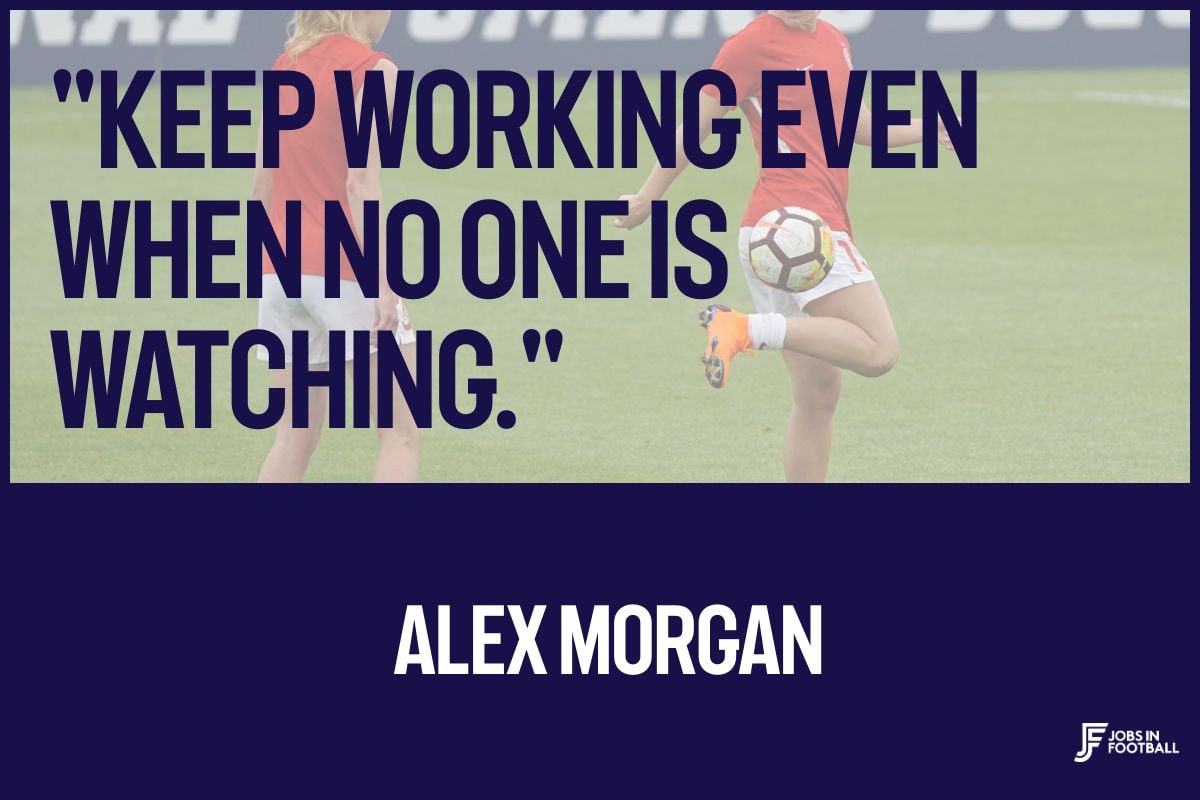 "Keep working even when no one is watching." - Alex Morgan. 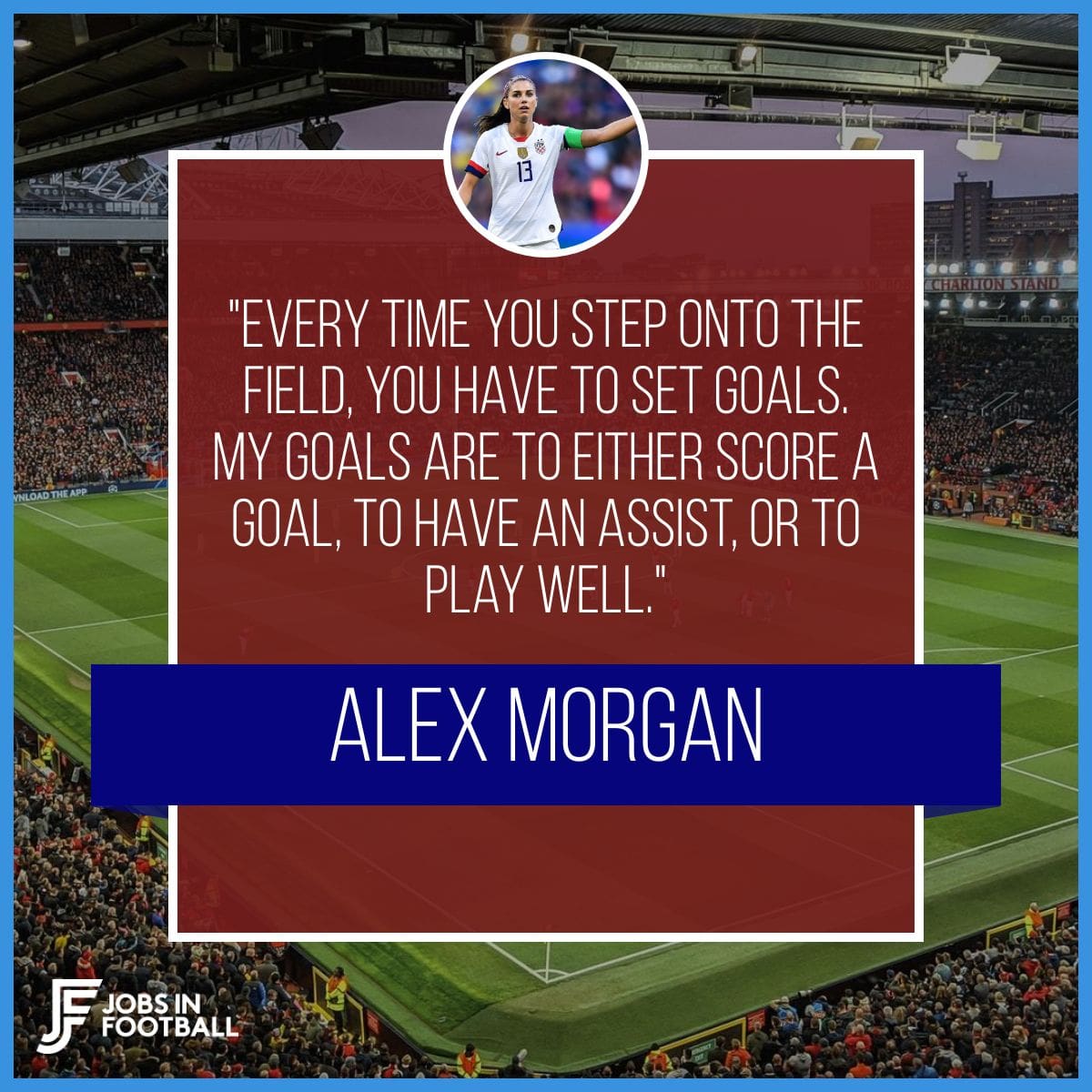 "Every time you step onto the field, you have to set goals. My goals are to either score a goal, to have an assist, or to play well." - Alex Morgan. 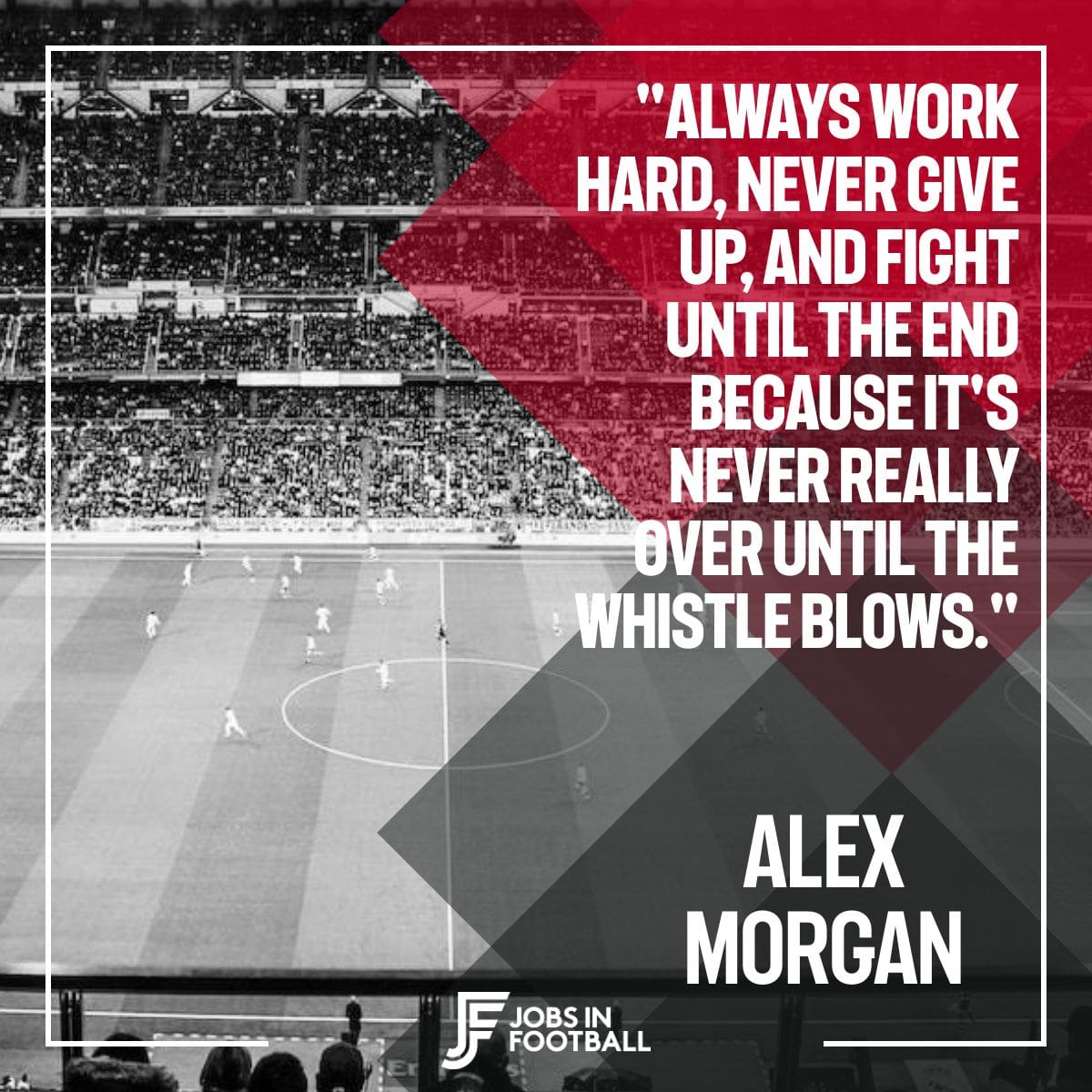 "Always work hard, never give up, and fight until the end because it's never really over until the whistle blows." - Alex Morgan. 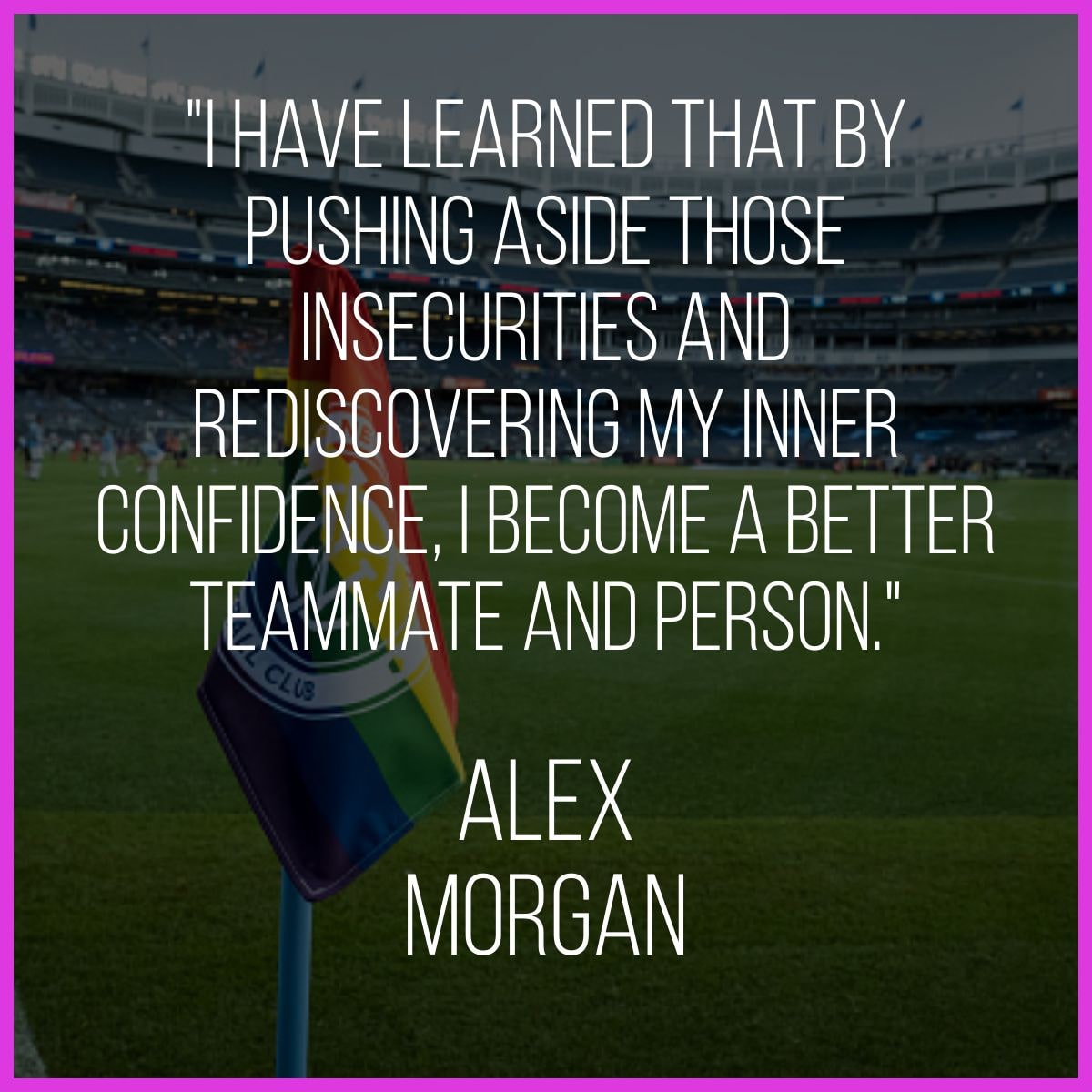 "I have learned that by pushing aside those insecurities and rediscovering my inner confidence, I become a better teammate and person." - Alex Morgan. 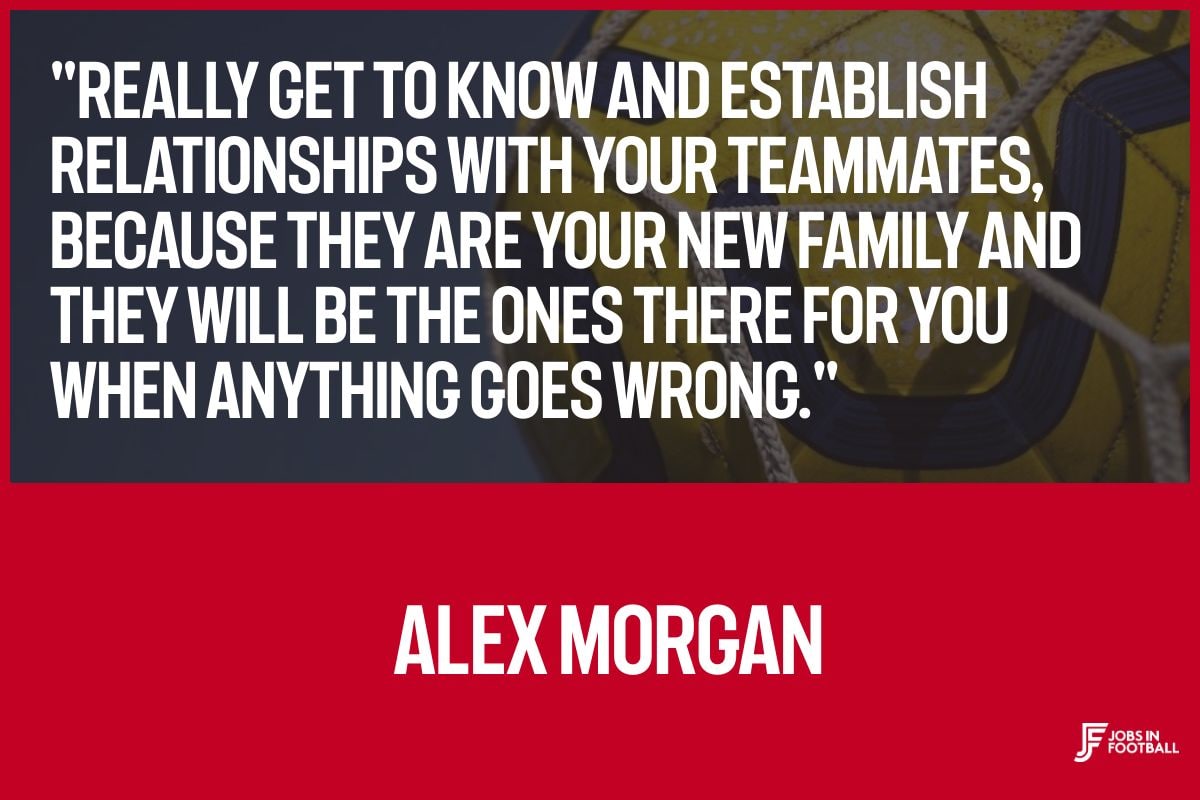 "Really get to know and establish relationships with your teammates, because they are your new family and they will be the ones there for you when anything goes wrong." - Alex Morgan. 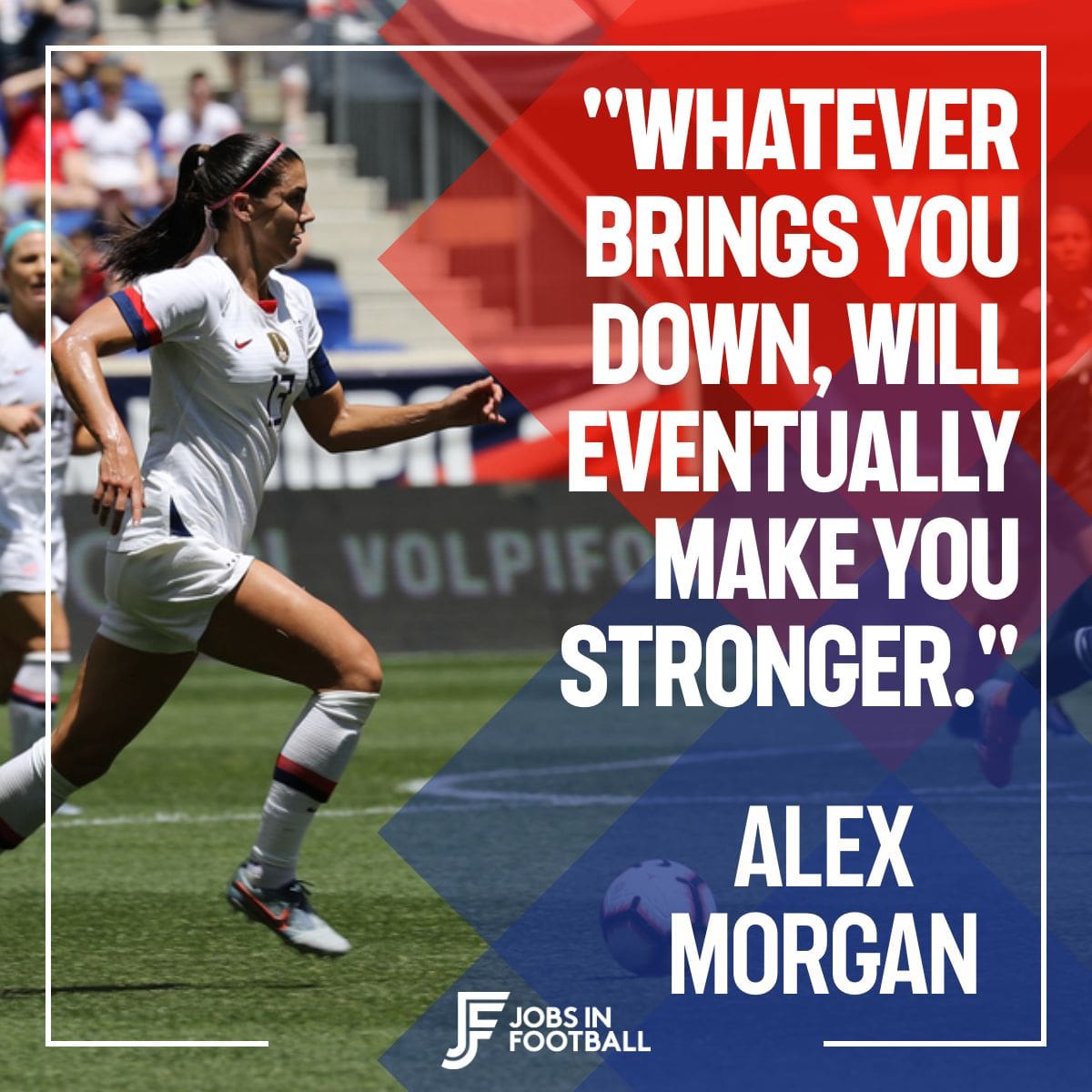 "Whatever brings you down, will eventually make you stronger." - Alex Morgan. 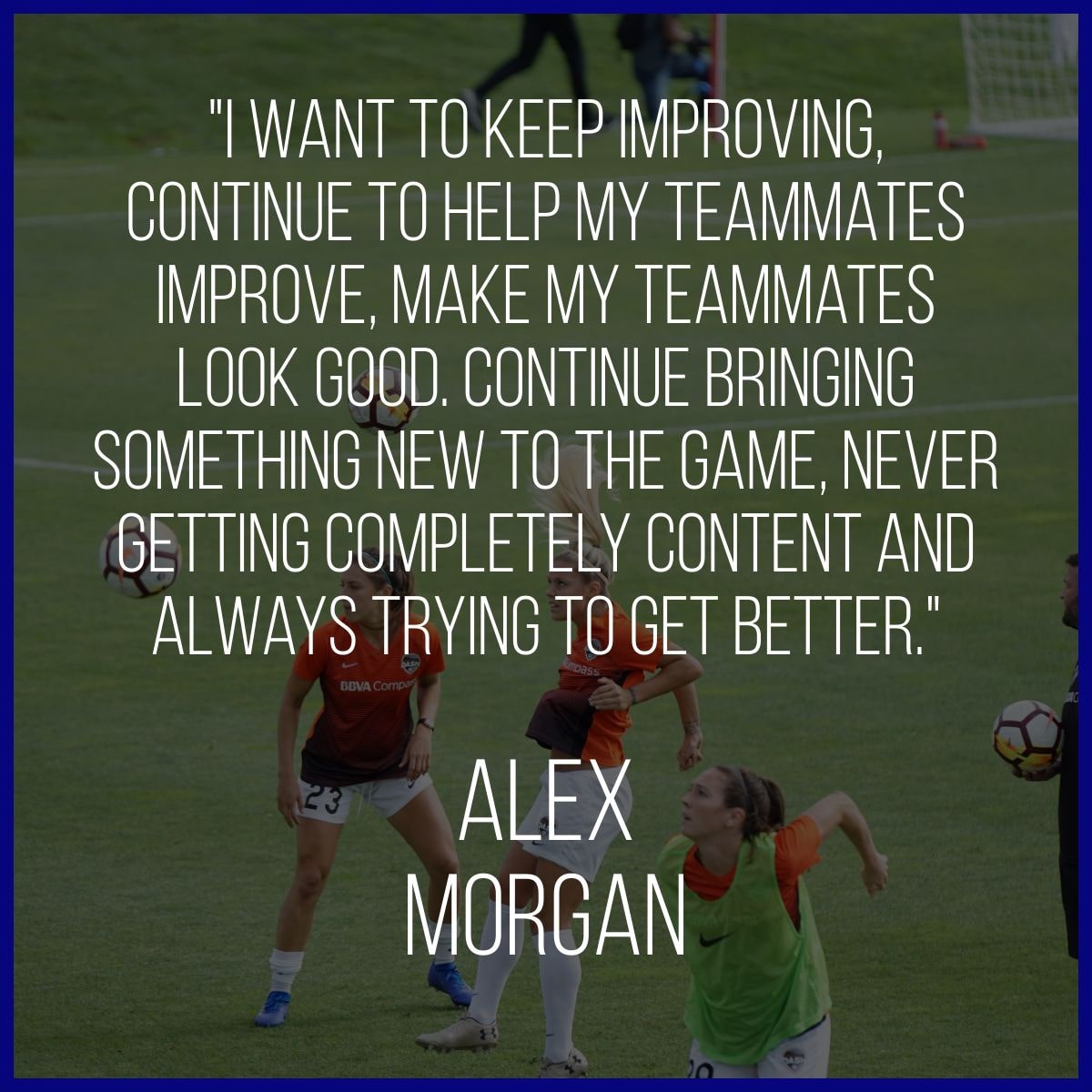 "I want to keep improving, continue to help my teammates improve, make my teammates look good. Continue bringing something new to the game, never getting completely content and always trying to get better." - Alex Morgan. 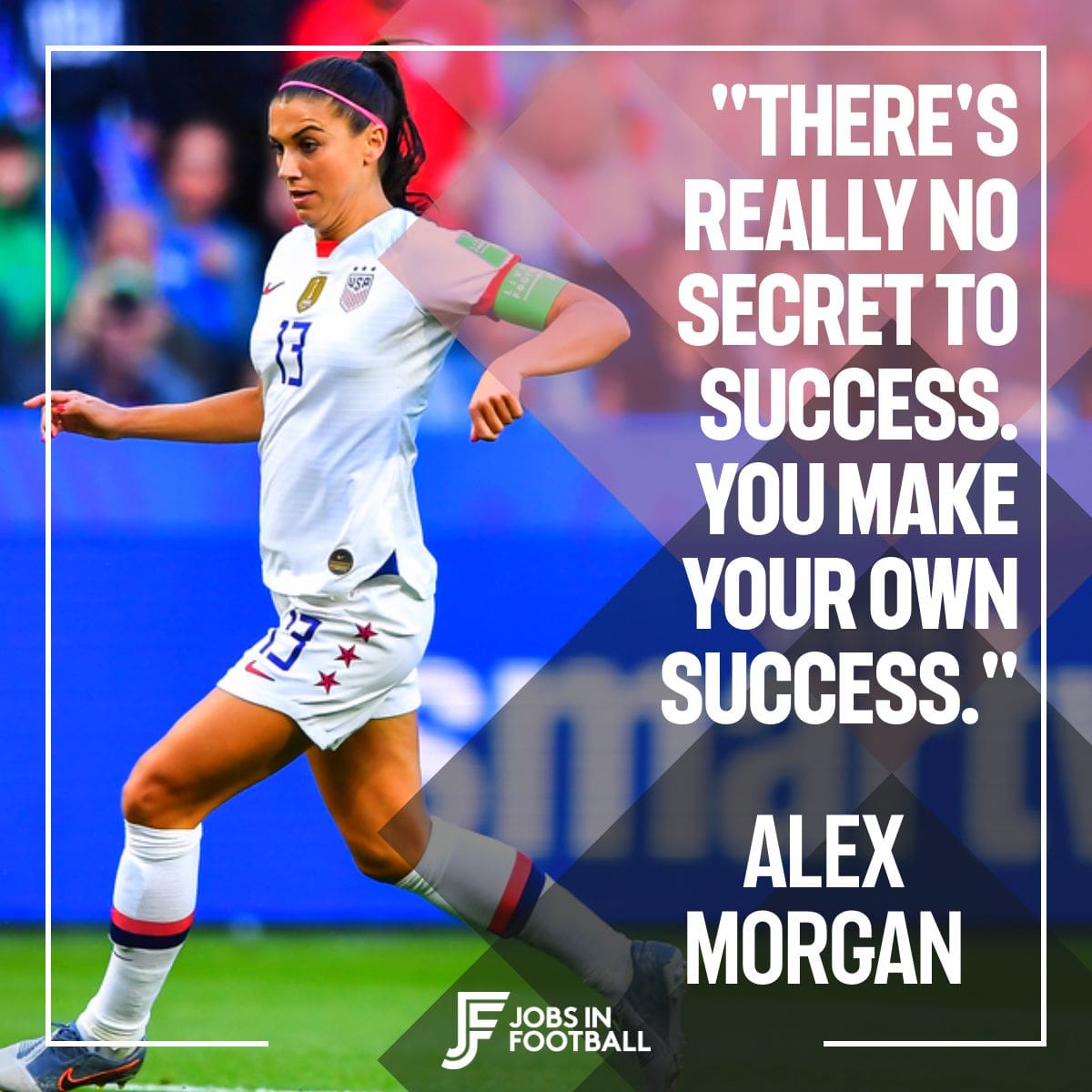 "There's really no secret to success. You make your own success." - Alex Morgan. 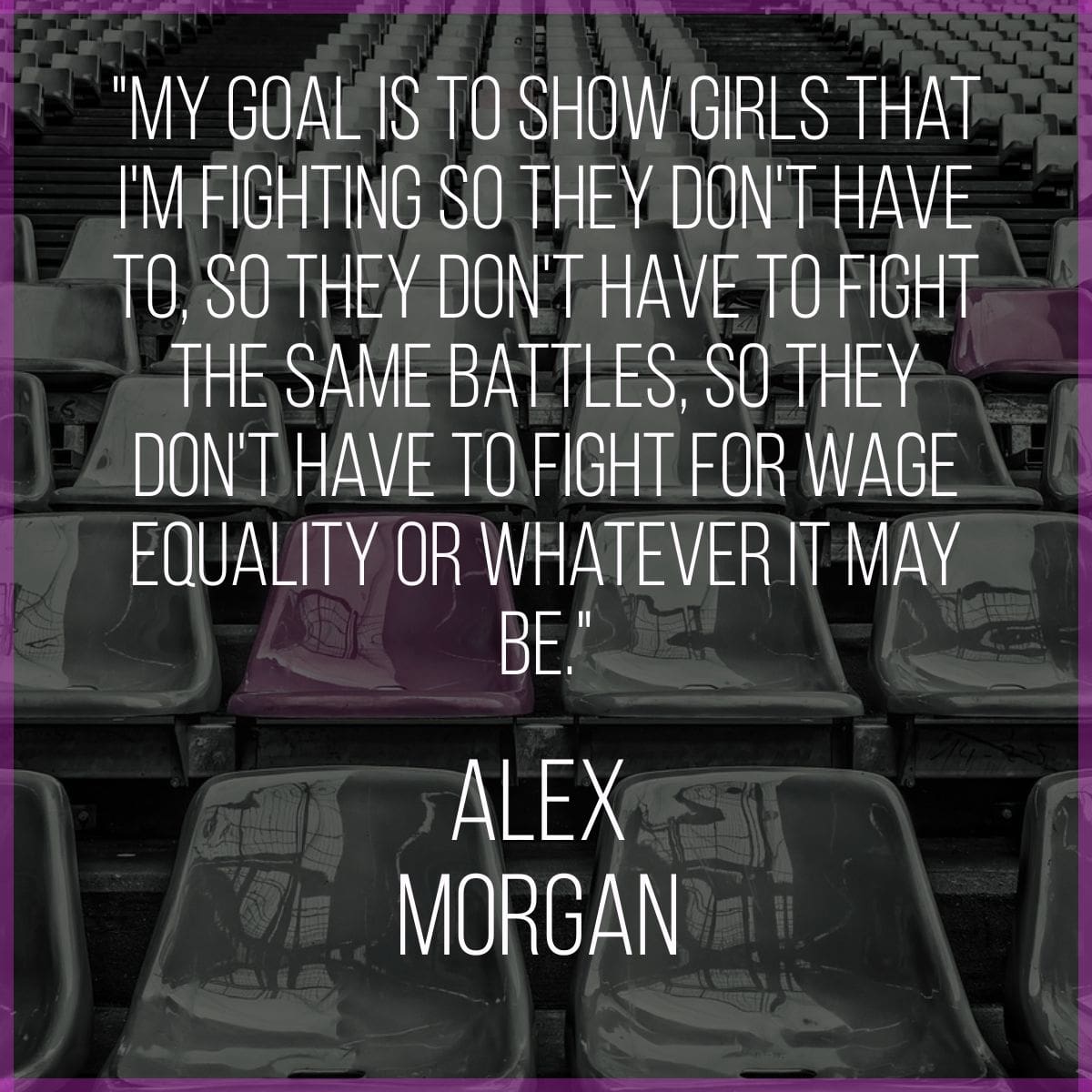 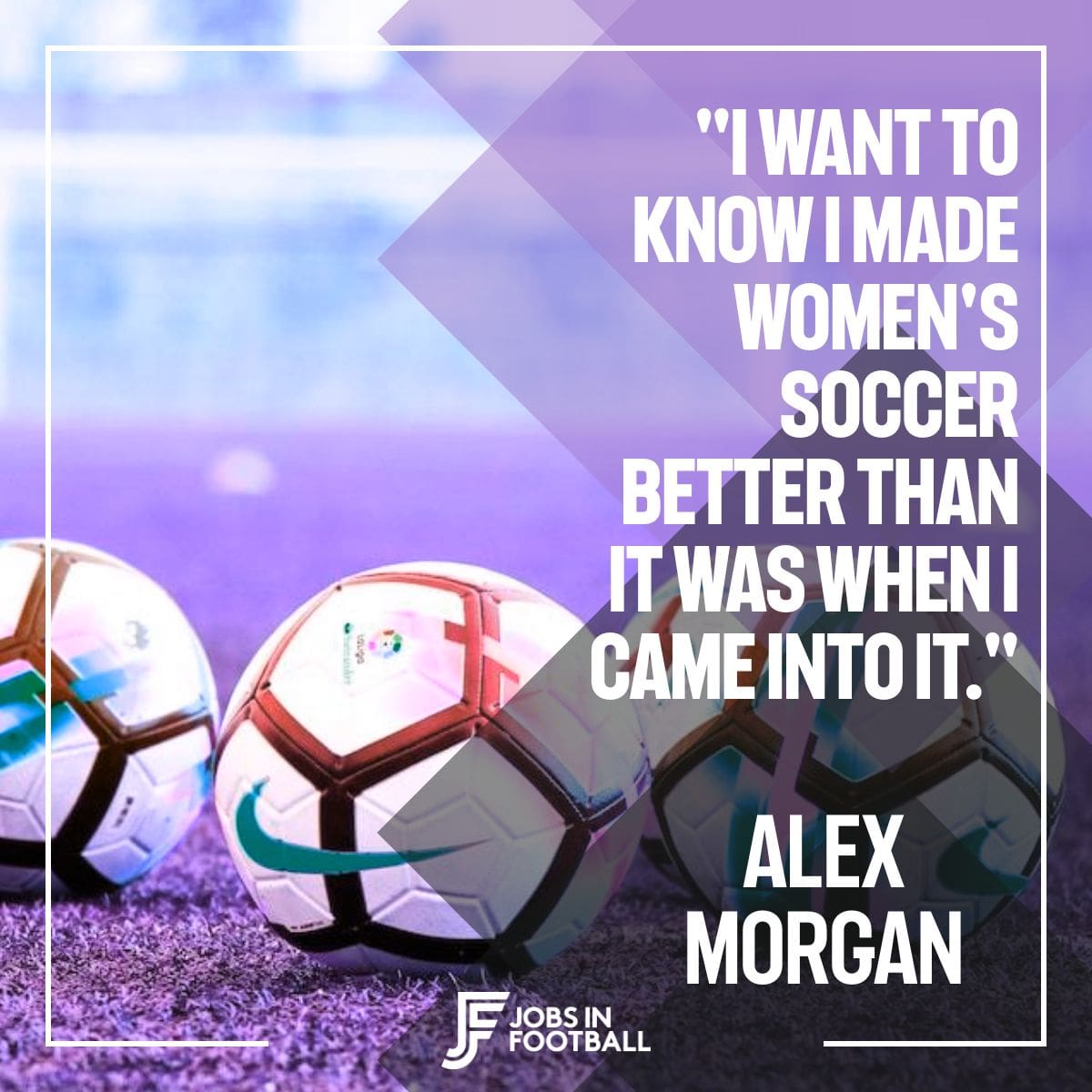 "I want to know I made women's soccer better than it was when I came into it." - Alex Morgan. 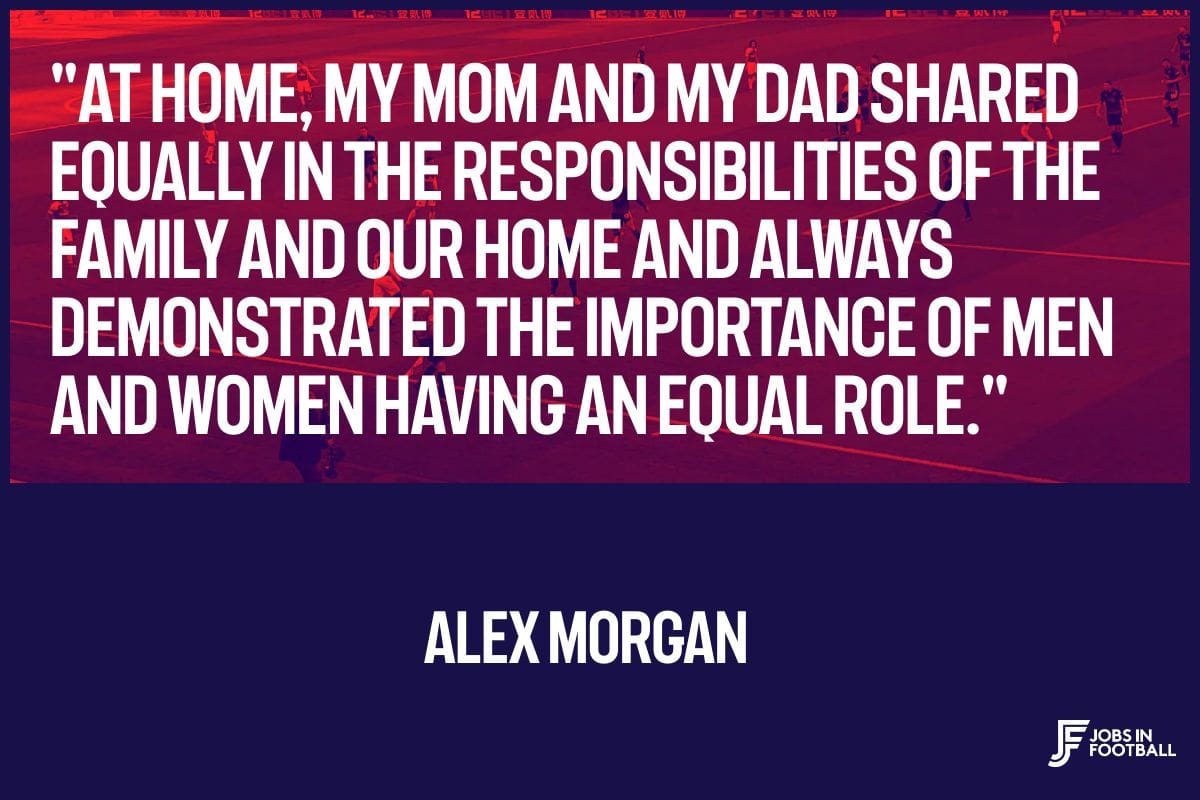 "At home, my mom and my dad shared equally in the responsibilities of the family and our home and always demonstrated the importance of men and women having an equal role." - Alex Morgan 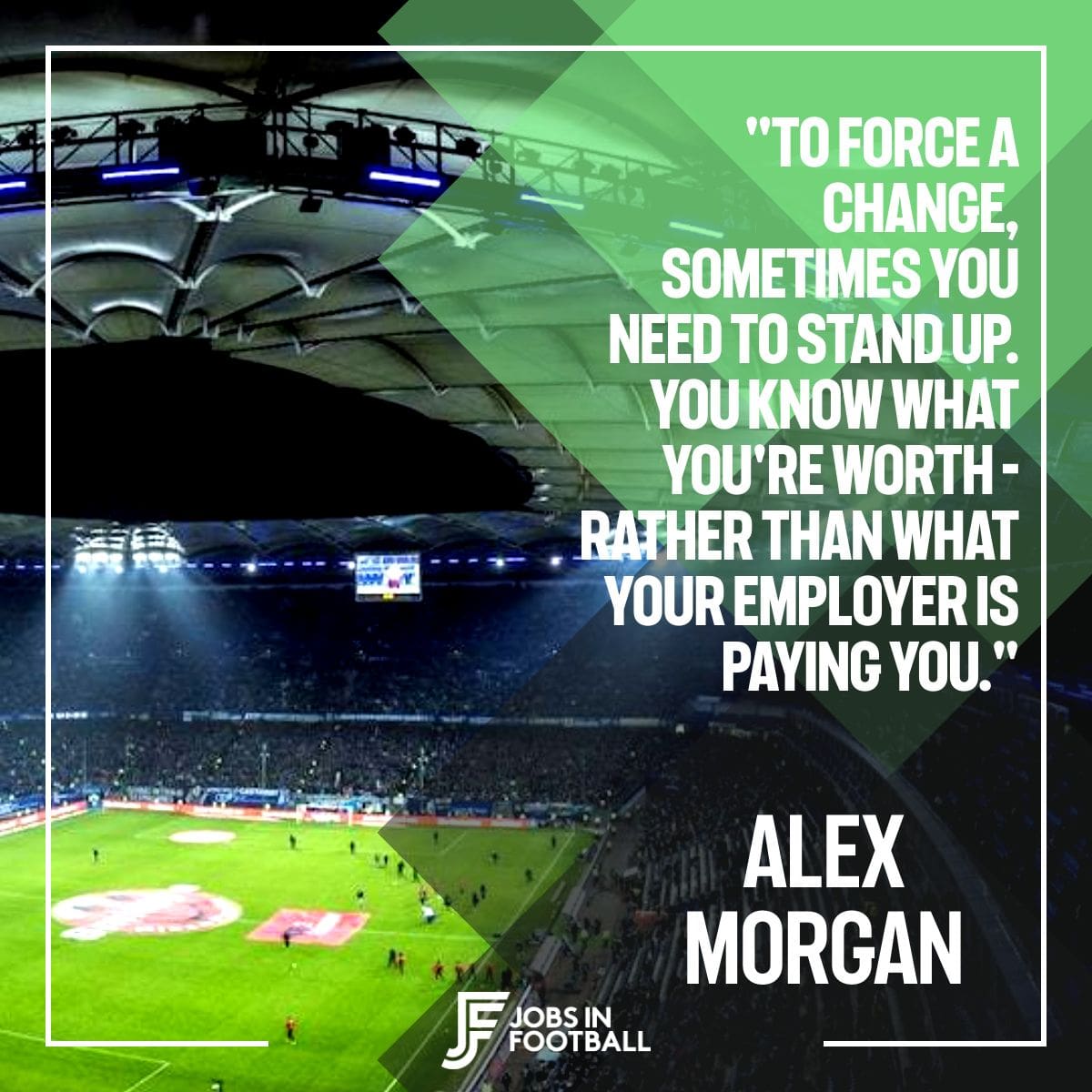 "To force a change, sometimes you need to stand up. You know what you're worth - rather than what your employer is paying you." - Alex Morgan 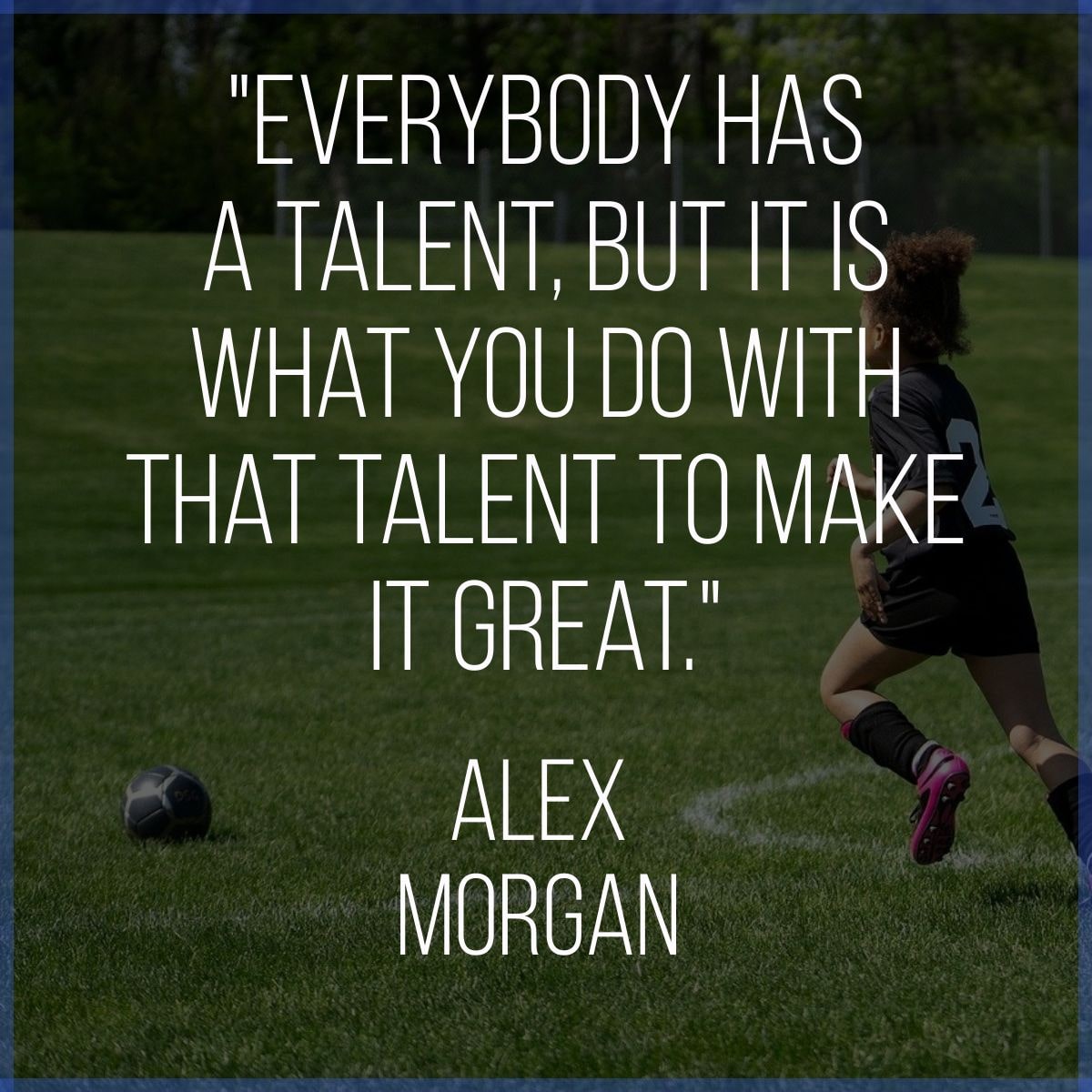 "Everybody has a talent, but it is what you do with that talent to make it great." - Alex Morgan. 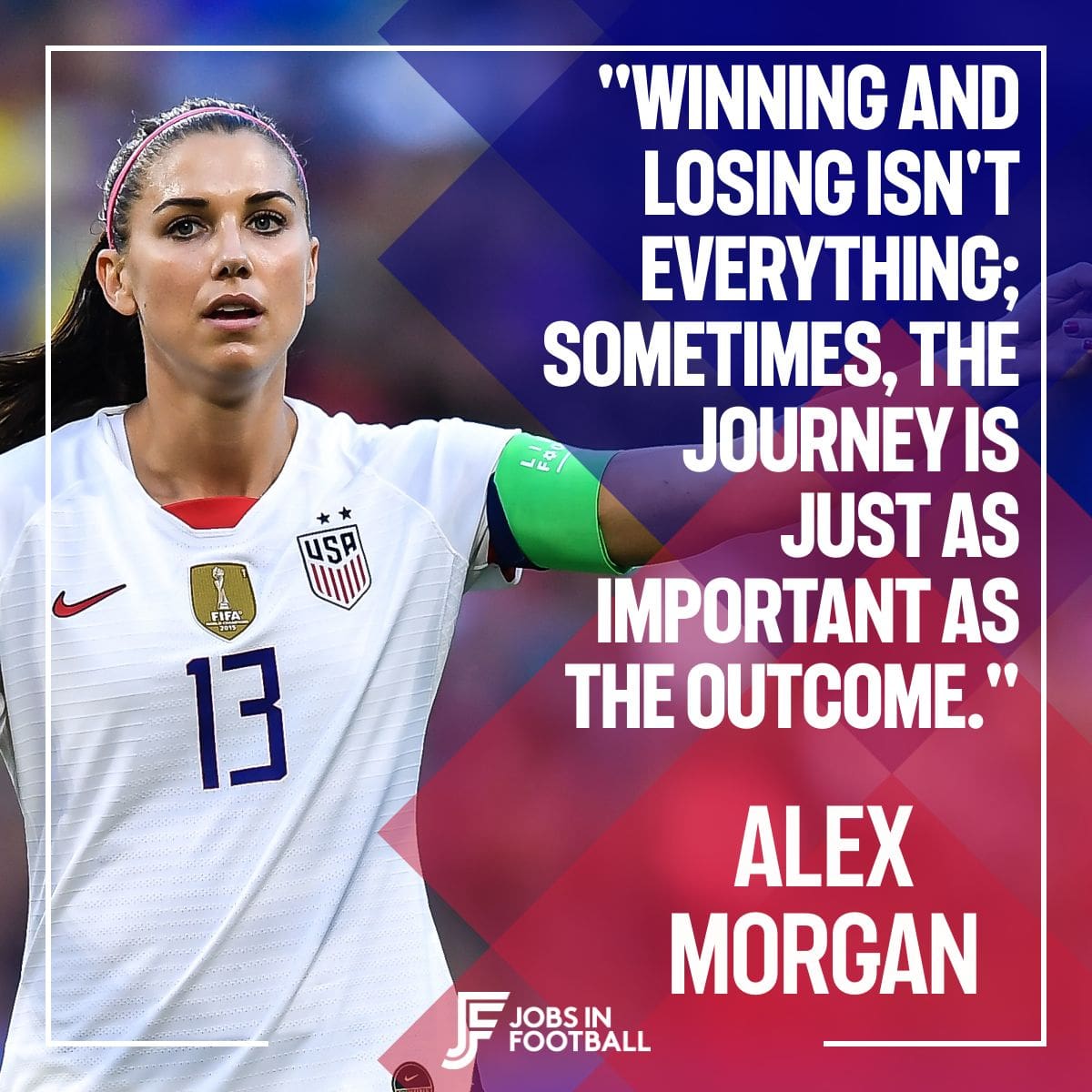 "Winning and losing isn't everything; sometimes, the journey is just as important as the outcome." - Alex Morgan. 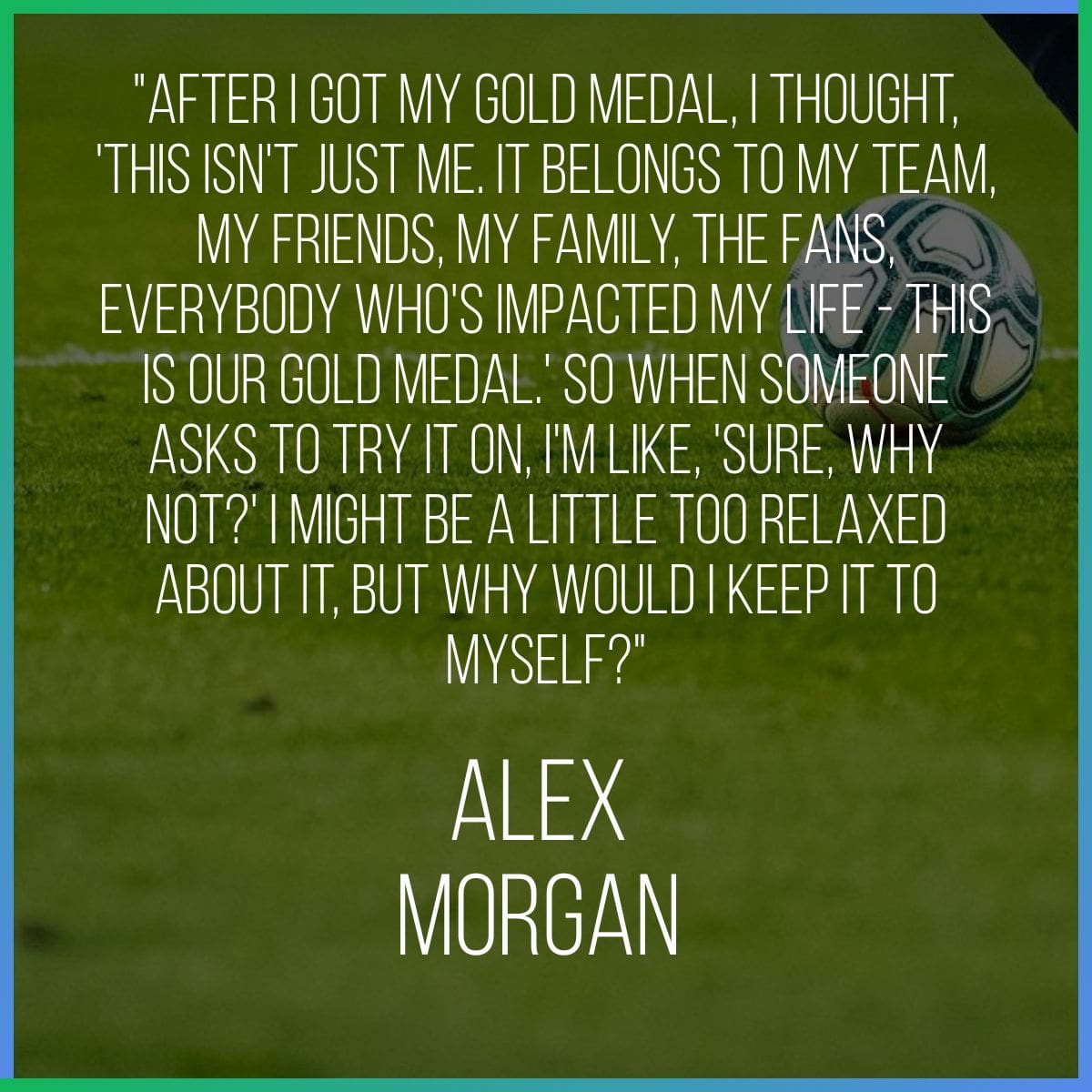 "After I got my gold medal, I thought, 'This isn't just me. It belongs to my team, my friends, my family, the fans, everybody who's impacted my life - this is our gold medal.' So when someone asks to try it on, I'm like, 'Sure, why not?' I might be a little too relaxed about it, but why would I keep it to myself?" - Alex Morgan. 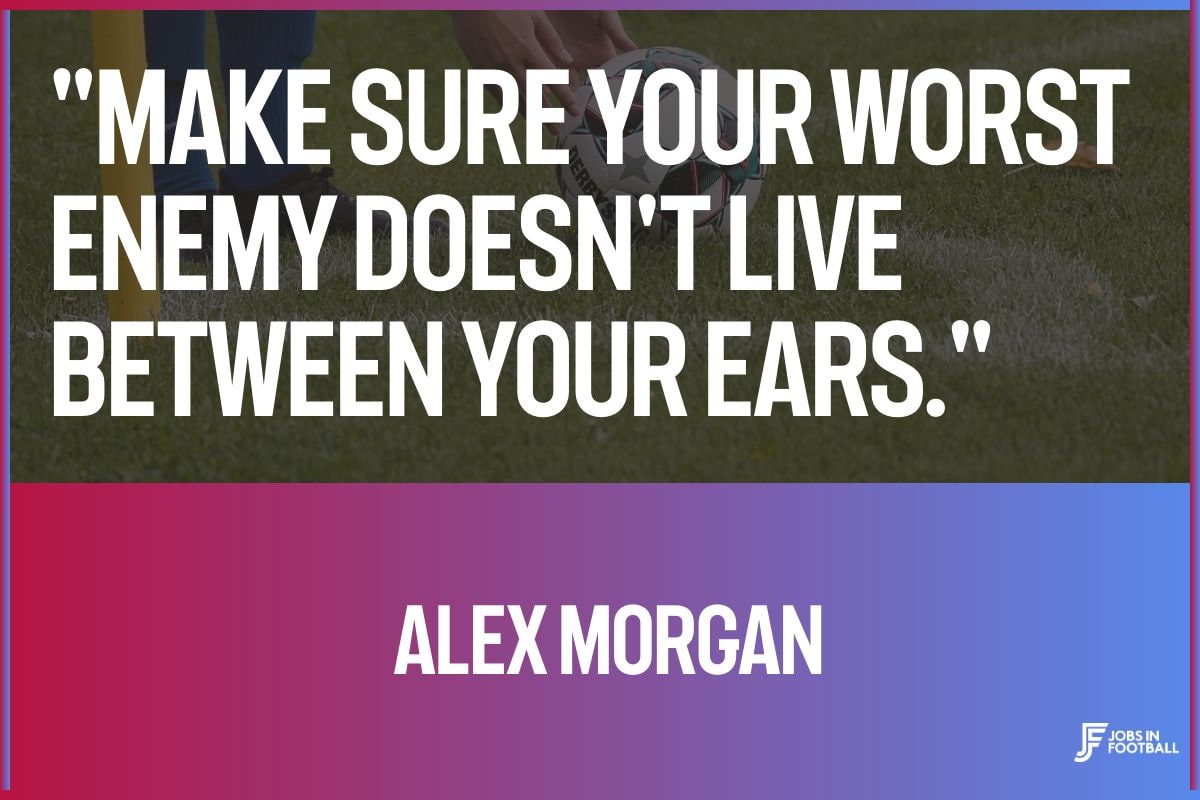 "Make sure your worst enemy doesn't live between your ears." - Alex Morgan. 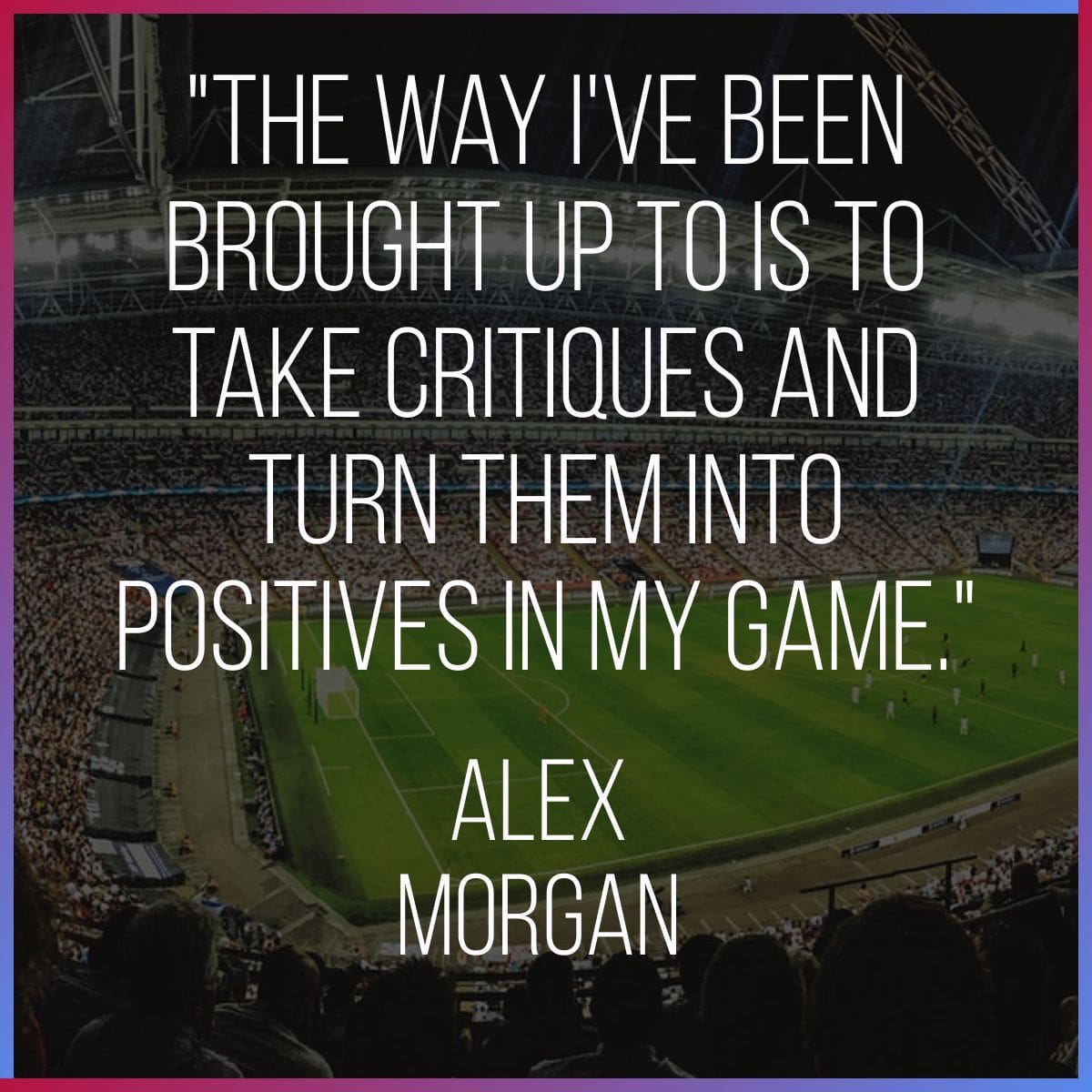 "The way I've been brought up to is to take critiques and turn them into positives in my game." - Alex Morgan.