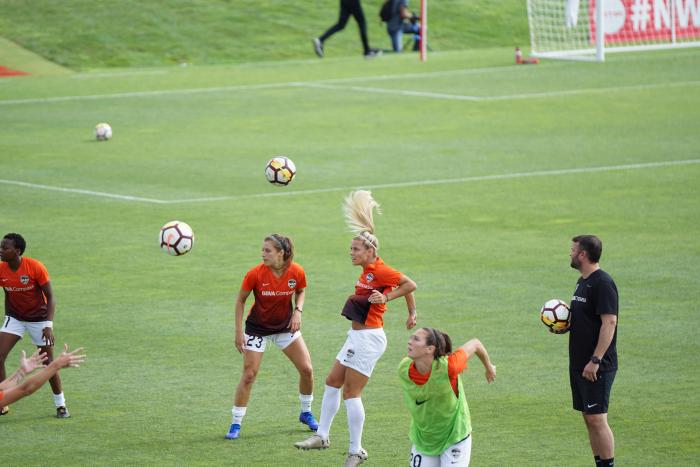 Opportunities for Employment: Does the Success of the 2019 Women’s World Cup Mark a New Era for female sports representation?

Mention of the women’s world cup has traditionally fallen on deaf ears. FIFA has conventionally considered it as a mere formal necessity on its calendar, whilst broadcasters and sponsors have customarily tended to overlook it as vexatious background noise; audible, but not worth immediate attention. Yet, this year is different.

For the first time in the competition’s short history, having held its inaugural tournament in China in 1991, people are beginning to prick up their ears and take notice. The faint murmur of support that has characterised women’s football for so long in board rooms across the world has begun to approach its impending crescendo; loud, proud and inescapable.

The American audience for the world cup final was 20% higher than last year’s men’s final, Fox Sports said on Monday, with more than 200 broadcasters in attendance and many giving games prime-time slots on network television. On a global scale, Fifa has estimated that this year's World Cup will have drawn one billion viewers for the first time, selling 1.16m tickets and successfully filling a 58,000-capacity stadium for the final in Lyon. If this world cup has proven anything, it is that fans across the world are beginning to take notice of the women’s game; and so are employers. With such a rise in popularity for a sport comes an influx of new jobs and employment opportunities. As the female football industry begins its full rise to prominence, the availability of jobs within the market will grow accordingly.

However, for those arriving fashionably late to the party, this change seems to have almost come overnight. Twelve months ago the world was bounteous in its adoration for FIFA’s showpiece event in Russia, with pundits and fans alike lavishing praise on the quality of the World Cup’s organisation and its ability to build bridges between cultures and societies that do not often get the chance to break bread among one another. The possibility that any other major sporting event bar the Olympics could be such a force for good was almost inconceivable. Yet, roll the clock forward 365 days and the football community has shown it is ready to take the Women’s World Cup seriously, vocally expressing its admiration for a tournament which has arguably done more in recent times for socio-cultural development than its male counterpart.

Whilst some of the benefits associated with the tournament can be measured in rudimentary (but not unimportant) statistics such as the visible increase in female participation in sports worldwide, the real benefits of such an event hitting global TV screens like never before will become apparent in the coming years. The USA’s fourth triumphant campaign is no accident, it is a product of public policy. A US Education Amendments Act passed in 1972 formally disallowed schools and universities to discriminate on the ground of sex in their sports programs and scholarships, setting a precedent for decades to come. For the first time, women were given a platform to compete and train in sports at the same level as men, something considered at the time to have been an abhorrent luxury afforded to them by soft liberals. At the start of 1972, there was a grand total of 700 women nationwide playing so-called ‘soccer’ in the USA and by 1991 that number had grown to 121,711 high school girls participating across the country (a 17,000% increase). Now, in 2019, that figure stands at over 390,000 women regularly participating in football programs across the nation. The USA’s abundant success in these tournaments can come as no surprise. Through policy change and social engineering they have created a bountiful talent-pool of elite-level football players that have gone on to be exemplary representatives for their countries and the sport they love. However, although the star-spangled banner currently sits atop this mountainous rise in the women’s game, the aftershocks of this year’s tournament will be felt worldwide. The USA is just a leading example of how policy change can create a generation of winners, regardless of gender or sexual orientation.

The Women’s World Cup has also given a voice to fans within the LGBTQ community, something which the men’s game has notoriously failed to do since its inception. Across the whole tournament, there were at least 41 female players or coaches who are openly gay or bisexual. During the male tournament in 2018, there were none.

Change often comes gradually, especially when it involves the erosion of a culture that has been embedded in society for centuries. Patriarchy has haunted football throughout its illustrious heritage, but its divisive legacy is slowly beginning to fade and will inevitably take its place in the obituaries of time. Culture, however, does not change overnight. The women’s game still has a lot of reform to undergo and improvements to make, but UEFA’s recently published five-year plan for women’s football is a promising first step on a tough uphill climb to reaching new heights in the female game. It will be a marathon, not a sprint, and it will certainly be no walk in the park. But as the 2019 Women’s World Cup has proven to us, the harness has been tightened and the summit is within reach. For those seeking to make a meaningful and lasting impact within the sports industry for generations to come, the women’s game may be your calling.

James Cavanagh is a recent graduate from the Johan Cruyff Institute’s Masters in Football Business in partnership with F.C. Barcelona, completing the course with distinction, having previously graduated from Loughborough University with a BA in International Relations. He currently works on a freelance basis for Good Morning Sports, selling premium sponsorships for their Sports Business European Congress in Barcelona 2020. James’ interests include football governance & policy, football history & sociology, media and journalism, fan engagement, sponsorship sales, the acquisition of media rights and political philosophy. Currently seeking employment opportunities within the football industry, specifically focused on journalism, communications, public relations and marketing.

JOBS IN FOOTBALL – PROMOTING THE NEXT GENERATION OF FOOTBALL INDUSTRY PROFESSIONALS