Sports Science: How to Start a Career 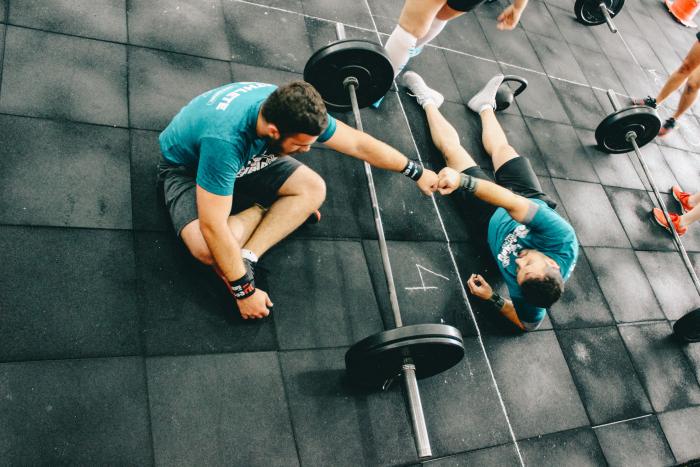 With such fine margins between winning and losing, more and more clubs are placing heavy focus on the role of Sports Science.

Level of game position is required:

Mainly at professional level, however the role is continually branching out and seen as a necessary aspect of the game.

A degree in Sports Science or related field is normally required.

One of a football club’s sports scientist main roles is to make sure that the players are operating at their optimum performance levels when they take the field for a game and that both their preparation before and recovery after a match are monitored closely. They also use their knowledge to constantly look at ways of improving their performance as well as their general health.

How a day develops will depend on its timing in relation to matchday which is the fulcrum of all sports science activity. If matches are due to be played on consecutive Saturdays, one and two days after the first game will be classed as ‘Matchday +1’ and ‘Matchday +2’ with Tuesday beginning the countdown to the next game and classed ‘Matchday -4’ through to Friday (-1).

The type of work undertaken by the players will therefore be determined by the closeness of the next game with the intensity of the training undertaken building up as the week progresses. That intensity is monitored by each player being fitted with an individual GPS which records body movements, speed, temperature and heart rates.

Each player will normally have a chat with the sports scientist every morning before training to establish if there are any concerns or problems that could prevent them operating at the required intensity for that particular day.

After training, the sports scientist will be closely involved in how a player recovers, including what types of food and liquid they are ingesting, which is closely controlled and then players will normally undertake some work in the gymnasium. While they are doing that, the day’s data on all the individual players is analysed and fed back to the players. Players are normally very interested in discovering how they performed and this is invariably a source of healthy competition.

What qualifications are required:

Tell us about yourself and your role. What was your first break into the role?

When I was studying sports science at Stirling University, I managed to get myself into video analysis, as work experience, working with St. Johnstone, where Derek McInnes and Tony Docherty were the management team. When I completed my degree, I approached the club and offered to do more, again working on the video side of things. When Derek and Tony went to Bristol, Steve Lomas came in and gave me a full time sports science position. I stayed with St. Johnstone for eighteen months and was then approached by Derek, who had just been appointed Aberdeen manager. At that time Aberdeen did not have a full time sports scientist and when he offered me the role, it was a chance I couldn’t turn down and I’ve been there ever since.

Describe a typical day in your job:

Like all roles within a football club, no two days are the same but I have to say the players have all bought into what we are doing and are very responsive to new ideas. How a day pans out, depends on how close we are to matchday. For instance, if we are working Saturday to Saturday, Sunday is matchday plus one, Monday is matchday plus two before looking ahead with matchday minus four and so on. And that determines the work the boys will do and how intense the training will be. The training is all monitored with heart rates taken while the players are all fitted with GPS which gives us a substantial amount of data. Most days, I see the players first thing in the morning, speak to them, figure out where they’re at in terms of being ready to train and assess in various different ways such as their fatigue and fitness levels and from there, we decide on what level we train at. Again that also depends what day we’re on and then after training we look at the way they recover, what food they’re putting in their bodies and we try and control all of these aspects. There’s also gym work to include which can sometimes be before training and sometimes after and at the end, we collate all the data which is then fed back to the players. As I say, they’re all very responsive and interested in their training scores, it can get very competitive at times but it means they are challenging themselves, which is great!

How did you get into this field of work? Qualifications etc?

As I say, initially work experience and then becoming more and more useful! For a sports scientist, a degree or equivalent is pretty much essential.

What would be your advice to someone looking for a career in this field? What characteristics are required?

You need a degree, ideally coupled with experience, but the most important thing for me is the relationship I forge with the players and the manager, they are so important and you have to have a skill set that can be quite academic but, at the same time, you have to have good people skills to be able to deal with players who are all different, some respond in different ways and you’ve got to gain their trust and get them to realise you’re there as a support for them. When they realise I’m there to improve their performances, you have them on board. Working in football, you have to be socially outgoing and be able to put up with the constant banter! The younger players soak it all up but the experienced pros are different so the way I treat them and interact with them will be completely different.

What’s the best part of your job?

Again, working with the players, it’s good crack and every day is different.

How do you think this field will change/progress in the future?

There’s always new innovations and the advances in technology are already apparent. The nutrition side is also being taken on board at all levels and a lot more players are more switched on these days. Through social media, etc a lot of the knowledge is more readily accessible so it’s quite easy for the players to see what trends are developing and what technologies are being adapted. That said, you can’t lose sight to what the end game is which, in my case, is all about the players and their performances. If you look at cycling, for instance, and Team Sky and how much they invest in sports science, it shows just how important an aspect it is, where very marginal gains can make such a difference.

Ha! I’m very much a recreational footballer and my home town is Dunfermline so I used to follow Athletic. When I was younger, it was the likes of Stevie Crawford who were the stars of the team.