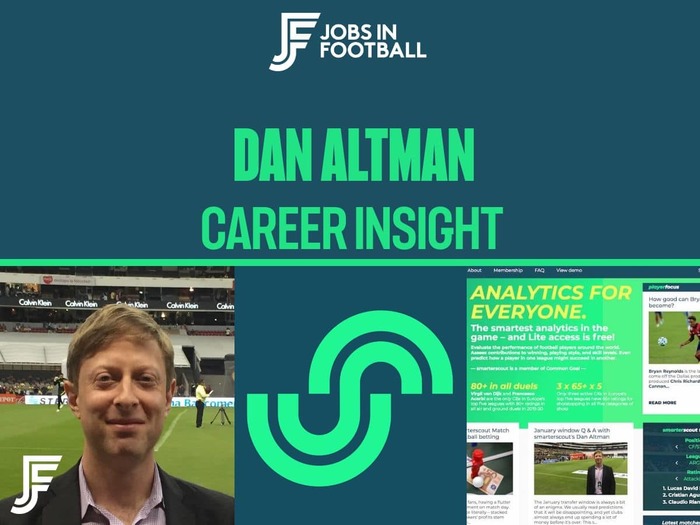 Few aspects of modern day football have evolved quite as rapidly as the implementation of data and analytics, with teams investing heavily in adopting new methods to combine it with recruitment, coaching and performance - Liverpool being a particularly well known example.

If you've ever been interested in learning more about this side of the game or perhaps even getting involved, smarterscout.com is one of the leading platforms available and in it's own words aims to make "analytics for everyone". In this interview we talk to Dan Altman, Founder of smarterscout, to learn more about the platform and learn what he feels are the attributes of a modern day analyst.

Your educational background is within economics, as was the start of your professional career. What was it that encouraged you to transition from economics, to analytics within the football industry?

After finishing graduate school, I worked for 15 years as an economist in various capacities, and it was all starting to feel the same – the same issues coming up in every economic cycle, and the same sorts of things being written. I knew there were younger, smarter and more enthusiastic people out there to do the job; it was time to try something different.

What is it about data and analytics that interests you and what is the most enjoyable part of working in this area within the football industry?

Analytics can offer the feeling that, "If I can think it, I can build it" – the possibilities for coding and visualising data are limitless. For me, the most enjoyable part of the day-to-day work is meeting people from different walks of life; people who work in sport come from many different backgrounds and with many different skills. Sometimes it can make communication challenging, although it's always refreshing.

And on the opposite end, what is the most difficult part of fulfilling such a role within the football industry?

The toughest thing I’ve experienced was working in a job where I put in a huge amount of effort, really devoting every waking hour, only to see my work marginalised when it came time to make decisions. It could be frustrating, and it shows how capricious football can be.

It’s also important to know that the intense public spotlight on football inevitably generates articles in the press that aren't based on fact. This has never bothered me much – when you're actually working in football, you don't have time to worry about what the media are saying – but it might unsettle other people. 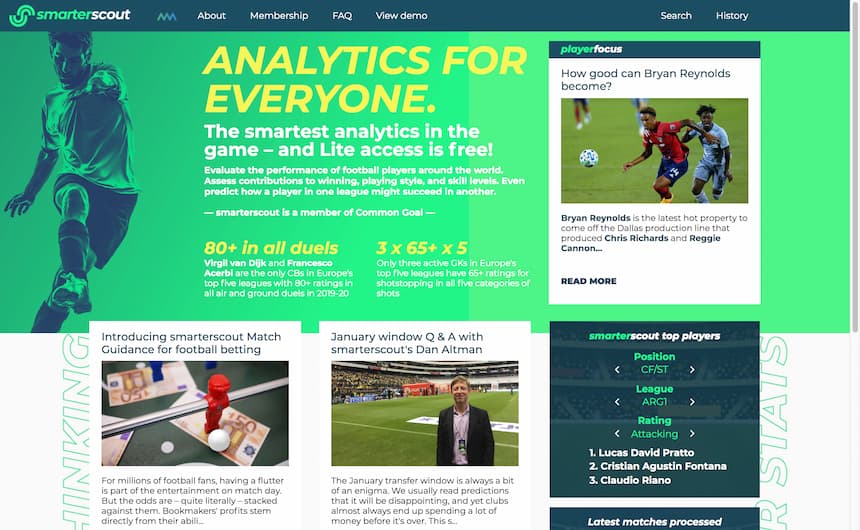 For those that are not experienced with analytical data, can you outline the opportunities available in this area of the football industry and what skills would be required to fulfil such a role?

Most professional clubs in the top few tiers now have at least one data analyst, or at least a performance or recruiting analyst who's conversant with football data. Some of these positions only require basic knowledge of data sources and spreadsheets. In fact, there are still quite a few data analysts who don't really do much coding. But increasingly, essential skills will include being able to code and to create visualisations.

For me, an ideal analyst has some or all of the following:

1. Understanding of the subject matter/domain
2. Mathematical modeling guided by this understanding
3. Creation of robust statistics from these models
4. Conversion of these statistics into accessible metrics
5. Visualization of these metrics
6. Communication to overlay this visualization

You spent almost two years as the Head of Strategy at Kaplan-Levien Sports. What did your role entail?

I was primarily an advisor to the ownership group, but I also offered recruiting and tactical analysis to support decision-making at Swansea City and D.C. United, as well as the planning for Loudoun United and other long-term projects.

You spent two years as the Senior Advisor of Football Operations at Swansea City, and you also fulfilled the role of Senior Advisor of Soccer Operations for D.C. United. Again, what was this experience like and what, if any, were the operational differences between fulfilling this role in English football, compared to American soccer?

At both clubs, I had great relationships with the people at the middle level of management – the heads of departments in analysis, scouting and recruiting, with whom I had the most contact on a daily basis. But, the uptake of my ideas at both clubs was pretty limited at the highest level, and indeed this was sometimes true for the ideas of my colleagues as well. For whatever reason, some clubs place a huge amount of decision-making power in the hands of one person, rather than coming to decisions as the culmination of a process involving diverse inputs.

You founded smarterscout.com in 2019. Could you tell us how that idea came to life; the process of implementing the company and the services that the platform provides?

smarterscout.com is an easy-to-use platform for advanced analytics on players and teams from 48 leagues around the world. One of its most important features, is the ability to adjust a player's metrics from one league, to see how he might perform in another. I developed this technique and the suite of metrics we offer over the course of many years working as a consultant to football clubs. I first presented one of my two main models of the game - where I split up the credit for a chance among all the players who contributed to the attack - to City Football Group in late 2013. Six years later, after around two years with Kaplan-Levien Sports, I was confident that the metrics were robust, and so I decided to offer them to the public. 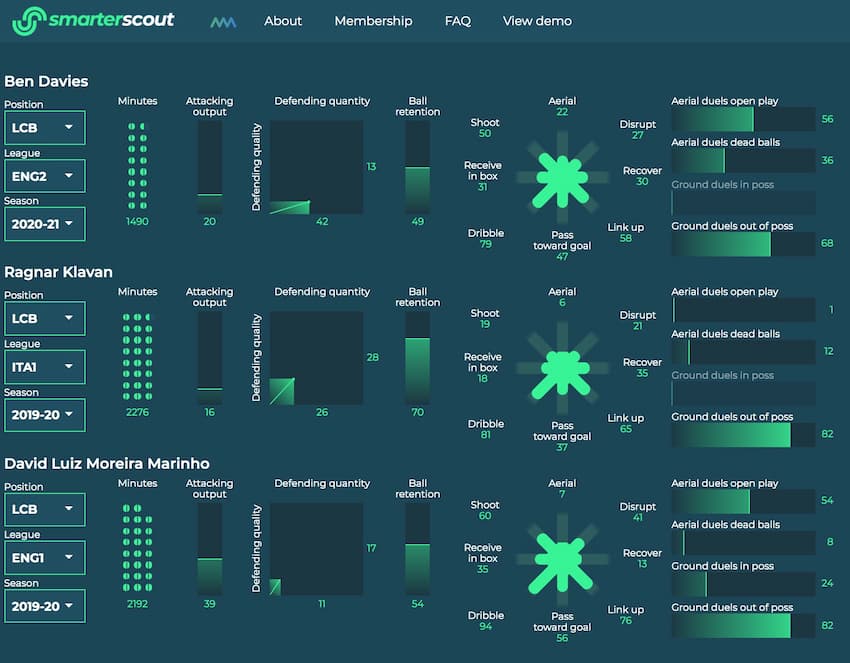 One of the many positive attributes to smarterscout.com is that the Lite membership is free. How important was it to you to have a platform that is accessible to all and what was it that encouraged you to implement that free service?

I was convinced that the use of analytics in football would grow faster if the techniques were accepted at all levels of the game. I also wanted to give people an easy way to ‘dip their toe’ into the analytical waters. As part of this strategy, we also explain all our metrics in our FAQ. We don't want to have any black boxes; we want to offer tools that people can trust.

smarterscout.com is also a member of Common Goal. Could you give us a little background to how that partnership came to life?

We're very proud to be the first analytics firm to join Common Goal. I had followed the group's activities for a long time before launching smarterscout, and I couldn't think of a reason why we shouldn't join. So, I made a couple of calls to check on members' experiences and then reached out to Common Goal.

You are also founder of North Yard Analytics, which was created in 2013. In the brief synopsis of the company background you state, ‘The way to understand soccer is not always with more data; rather, it is with better concepts.’ Can you expand on that statement to explain what it means and how it relates to the services that North Yard Analytics provides?

At North Yard Analytics we've provided a variety of bespoke services for recruitment, tactics and long-term planning. Our clients have included clubs, federations, agencies and media. Last fall, we completed a project for a multi-club group examining a dozen different European leagues as possible targets for new investment. We provide a unique combination of corporate finance expertise and the ability to assess clubs on the sporting side.

What has been your career highlight?

It’s been a nice validation of my work to see clubs from the Premier League, Bundesliga, Serie A, and many other leagues using the Pro version of smarterscout and even subscribing to our database service. The platform has come a long way in a short time, even though the foundations took years to create. 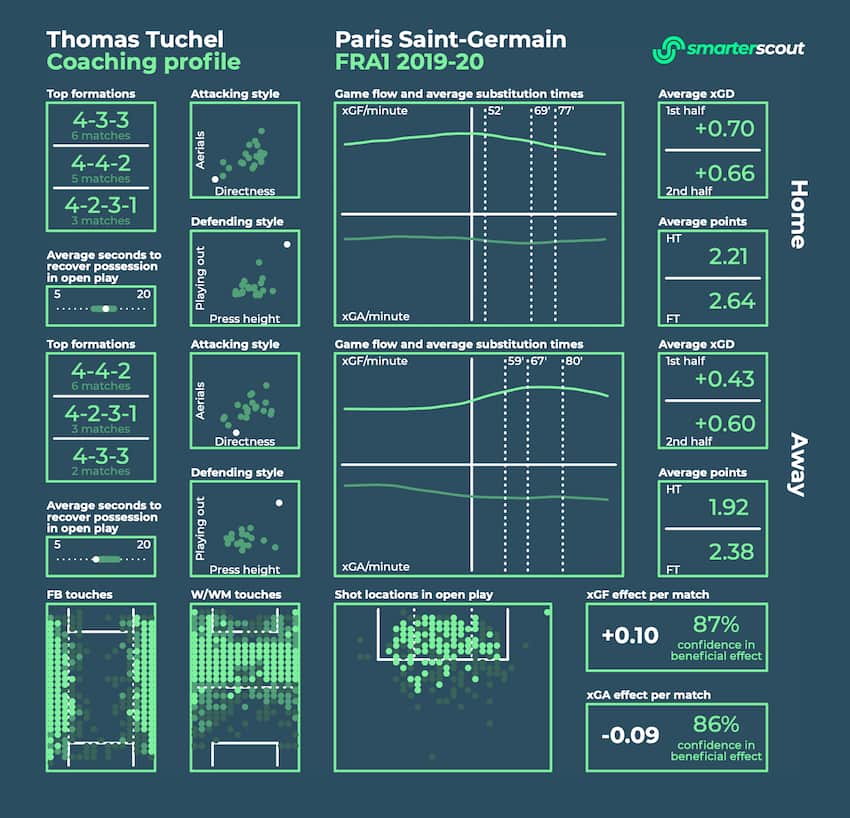 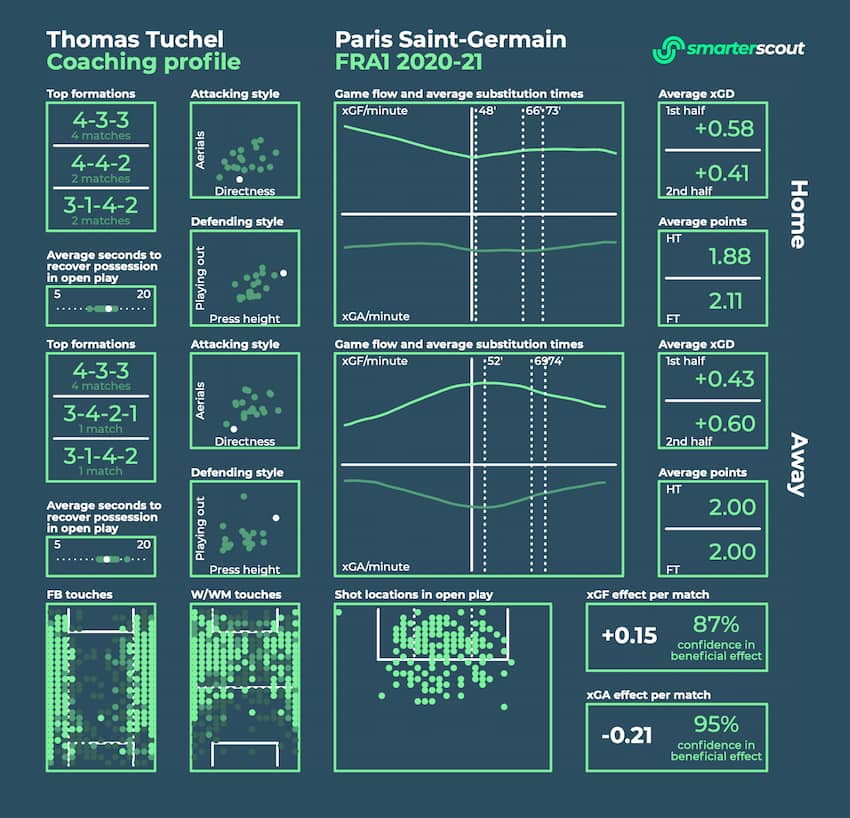 Moving away from your career and onto your personal football interest as a Rochdale AFC supporter. What is it about Rochdale AFC that has made you an avid supporter? Do you have a favourite memory or experience as a supporter?

My business partner Emre Marcelli and I were looking for an investment in European football, as a way to put some of our analytical and management tools into practice. We were in the midst of negotiations with Rochdale when we were offered the shares of some former directors; together we now have the second-biggest shareholding in the club. But our connection to the club really comes from the people we've met there and the wonderful evenings we've had at the Crown Oil Arena. It really feels like football the way it was intended.

Lastly, the two questions we like to ask all of our Career Insight participants...

The football industry is highly competitive and it is difficult to get a ‘foot in the door’. With that said, what general advice would you give to those who are looking to pursue a career in the industry?

The best way to show what you can do in football is to do it. Publish your work online and send it out to everyone you can think of. You may have to do a lot of cold-calling before you get an opportunity, but if your work has quality, it will come.

And finally, where do you see you career in the future? Are there any specific objectives you hope to achieve?

In football analytics, smarterscout is really the capstone for me. Right now, my focus is on supporting Rochdale; I hope to play a key role in moving the club forward and upward. 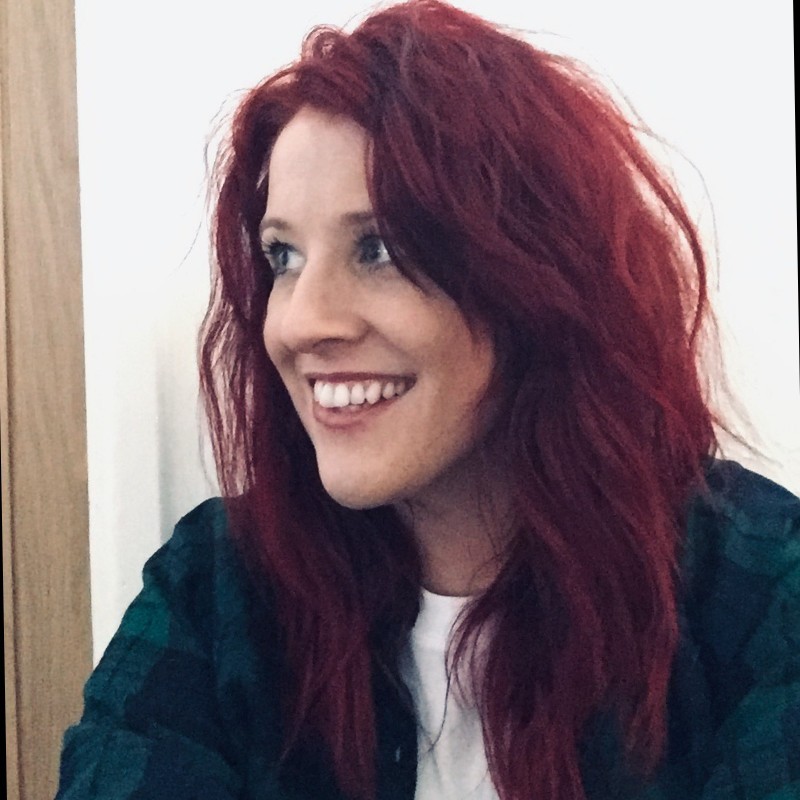