10 Of The Best Soccer Documentaries 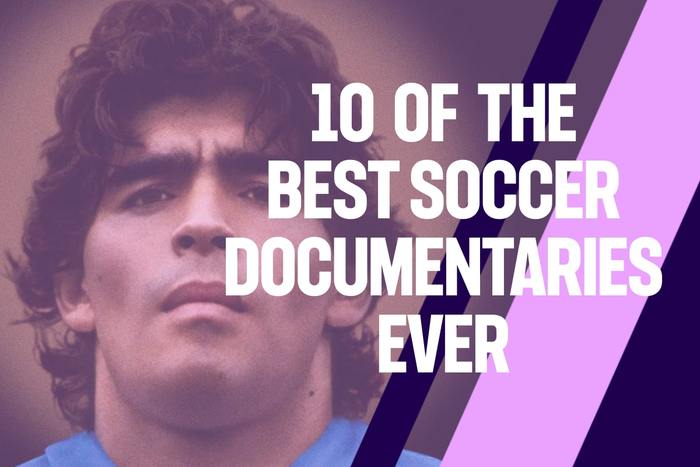 The beautiful game holds a special place in the hearts and minds of people across the world. It's no surprise then, that various books, films, and pieces of artwork have been created over the years to pay tribute to the role that association football plays in the lives of fans, players, and managers.

In this article, we'll be giving you a guide to 10 of the best soccer documentaries ever made, from emotional tributes to the lives of iconic World Cup or Champions League winners like Diego Maradona or Ronaldo, to deep dives into important issues such as racism and violence in football. The winter months are upon us, and there's no better time to cosy up on the sofa and take in an insightful soccer documentary, so hunker down, and work your way through our list of some of the best... 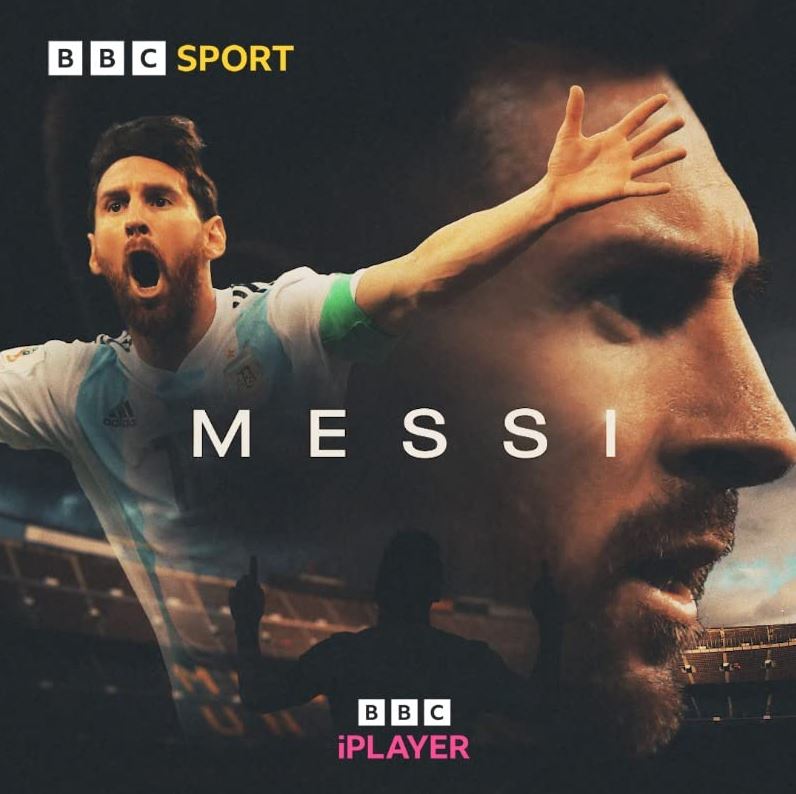 2022 was the year that Lionel Messi finally proved the last doubters and critics wrong to lift the World Cup trophy as Argentina captain and show everyone why he is rightfully considered one of, if not the greatest ever player to grace a soccer field. With a string of incredible assists and goals throughout the tournament, he dominated the entire tournament and completed a redemption arc that began many years ago... however, things haven't always been easy for the Barcelona legend. This documentary tells the story of Messi's rise to the top, from his move to Spain as a teenager, to his heartbreaking Copa America final defeats and brief international retirement, and his saddening enforced move away from Barcelona. It's the story of a true great, an absolute must watch for any lover of the beautiful game. For British fans, it's available right now on BBC iPlayer.

Directed by well-regarded filmmaker Asif Kapadia and released in 2019 just a year before Diego Maradona's tragic death aged 60, this documentary is a rare glimpse into the life of one of the greatest footballers to ever walk the planet. The main focus is the Argentine's long stint at Napoli, where he was beloved by the Italian club's passionate fanbase until a period of harassment and onslaught triggered by his Argentina team's beating of Italy in the 1990 FIFA World Cup.

Using footage taken from over 500 hours of video from Maradona's personal archives, this film dives into that time and so much more, producing a critically acclaimed piece of work that tells the legendary story of this controversial but supremely talented player, capturing the cult status that surrounded him and everything he did. You can watch 'Diego Maradona' on Amazon Prime.

Portuguese international Cristiano Ronaldo may have dominated headlines recently for his rejection of Manchester United and his move to Saudi Arabia, but this documentary focuses on his much less controversial namesake: the original Ronaldo, aka Brazilian international Ronaldo Luis Nazario de Lima.

The legendary forward had a phenomenal stint at the top of the game, helping lead Brazil to the 2002 World Cup trophy, and racking up incredible goal tallies at clubs such as Real Madrid, Barcelona, and Inter Milan. His 18-year career was marred slightly by injury, but his iconic status as one of the sport's greatest-ever strikers is undeniable. A story of redemption that chronicles the highs and lows of the South American skillster's dramatic career, this recent documentary, available on the BBC website, is a fascinating watch. 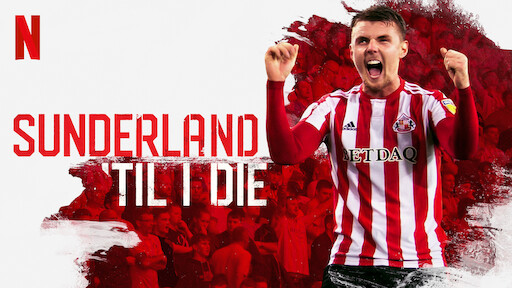 Historically, association football clubs have always been at the heart of their local community. This is especially true in the former industrial heartlands of Northern England, where traditional industry has declined and football now represents probably the most important source of identity for working-class people.

Produced by Fulwell 73 and released in 2018, Netflix's 'Sunderland Til I Die' documentary captures this reality excellently by honing in on the North Eastern city of Sunderland, a club that has experienced turbulent times since its relegation from the Premier League in 2017. 'Sunderland Til I Die' is a fly-on-the-wall documentary released in the aftermath of the club's subsequent 2017-18 season in the Championship. At times it's incredibly saddening, but it's a great watch that encapsulates why football clubs are so important to local people. Head to Netflix for this one.

When Hollywood star Ryan Reynolds and award-winning screenwriter and actor Rob McElhenney joined forces to buy non-league Welsh football club Wrexham A.F.C in 2020, the third-oldest club in the world, soccer fans across the world were shocked. The two celebrities had almost no knowledge of association football at the time, with McElhenney inspired to get into the sport after watching 'Sunderland til I Die' on Netflix and getting hooked by the level of passion and dedication felt by the North Eastern club's local supporters.

This series tracks Wrexham's journey since the takeover, as those involved in the club attempt to achieve promotion from the National League to the English football league, a difficult feat that requires serious work. It's one of the best soccer documentaries made in recent seasons — why not check it out on Disney +?

The popularity and broadcasting power of women's football has grown enormously in the last few years. Recent Women's Euros and World Cup competitions offered fans the opportunity to watch some of the best women's footballers in the world on TV, inspiring younger supporters and showing that soccer truly is a game for everyone. However, many of the best soccer documentaries continue to focus on the men's game, with less attention paid to the women's side of things. That's partly what makes this particular documentary so interesting.

A deep dive into how footballers in France are breaking boundaries and improving playing opportunities for French women and girls in the aftermath of the 2019 World Cup, Footeuses shines a light on the prejudices and harsh realities that face female soccer players when they attempt to succeed in the game they love. Produced by the French brand Yard, in French language but with English subtitles, the 45-minute documentary can be watched via the Yard YouTube channel. Give it a try — you won't regret it.

While we're on the subject of the social issues that surround soccer, it would be remiss not to mention the ways in which racism has affected the global game not just in recent years, but throughout its history. A number of different films and publications have tackled this topic, but the BBC's 'Shame in the Game' is one of the best examples of this. It's a short film that uses emotional interviews and undercover footage of abuse to highlight the shocking reality that hate crimes in English and Welsh professional football matches soared by 66% in the 2019-20 season.

Raising the issue that despite what some people may think, soccer still has a long way to go when it comes to stamping out racism, this documentary is all about how individuals are impacted by abuse, and its focus on social media and the damaging role it can play is especially poignant. This film is available to watch on BBC iPlayer.

Amazon Prime's 'All Or Nothing' series has become a huge phenomenon in the past few years. Numerous sports clubs have been featured on the channel's deep dives into elite sport, which offer exclusive behind-the-scenes footage of what goes on in the dressing room, on the training ground, and at the homes of star players; however, this 2018 release is arguably the best. Focusing on English Premier League side Manchester City in their record-breaking "Centurions" season (in which they beat rivals like Manchester United, Liverpool, and Tottenham Hotspur to the league title), it underlines the level of skill, dedication, and innovation required to become one of the greatest teams ever seen in British football. Perhaps the most interesting thing about this documentary is its focus on Pep Guardiola, one of the greatest coaches of the modern era, a man whose intensity and intelligence shines through at all times. When it comes to understanding what drives the best performers in sport, All or Nothing provides some fascinating context. Head over to Amazon Prime to watch this one.

From one of European football's most accomplished modern outfits to a man whose legendary status within the English game was built by decades spent in the lower, less glamorous divisions. Many world soccer fans won't be familiar with the work of Neil Warnock, but he's an iconic figure in the UK, whether you love him or hate him. The man who holds the record for managing the most professional games in English football history (an astonishing 1,602 matches!), the retired 74-year-old coach managed over 17 clubs during a career that spanned over 40 years, achieving a record 8 promotions and causing his fair share of controversy along the way by winding up various referees, officials, managers, and opposition players.

His hometown club Sheffield United represented a dream job for a coach who was born and raised in the Yorkshire city, and thankfully his time there during the early-mid noughties was documented in an excellent behind-the-scenes film. Featuring dressing room shouting matches, touchline antics and fascinating interviews, 'Warnock' is one of those football documentaries that's a must-watch for any fan of English football. It's available to watch on YouTube.

Digital platform VICE has a reputation for documenting the darker side of football (and of society in general), from their reporting on far-right marches in the UK to this impactful 2012 documentary on one of the fiercest sporting rivalries in the world. The 45-minute film focuses on the rivalry between Glasgow heavyweights Rangers and Celtic, the two biggest clubs in Scotland, and two clubs that absolutely hate each other. It's not a documentary for the faint-hearted, with violence and racial slurs both featuring in VICE's documentation of a clash that's shaped massively by sectarianism and religious divide.

But ultimately, soccer is always informed by the broader social and political backdrop against which it's played; 'Football's Most Dangerous Rivalry' is an excellent insight into a fascinating aspect of football fandom. If you're interested in this soccer documentary, it's available to watch on YouTube.