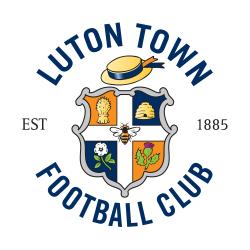 Established in 1885, Luton Town Football Club compete in the second tier of English Football, the Sky Bet Championship. Nicknamed the Hatters after the town’s famous hat-making industry in the early 20th century, the team play their home games at the all-seated and family-orientated Kenilworth Road stadium, where they have been situated since 1905. The club have enjoyed many seasons in the top-flight of English football and the greatest day came when the team won the League Cup at Wembley in 1988 with a thrilling 3-2 victory over Arsenal. Kenilworth Road opens its doors for 23 league matches during the football season which runs between August and April, but the stadium is not just a place for the beautiful game. The club offers a large variety of entertainment, including Specs – a comedy club which pays homage to legendary comedian, and Luton supporter, Eric Morecambe. As well comedy, Kenilworth Road also hosts business exhibitions and has a marriage licence should you fancy tying the knot. For more information about the club, including the fixtures for the season ahead, check out the official website at www.lutontown.co.uk. Twitter: @LutonTown Facebook: Luton Town Football Club Instagram: ltfc_official

Full time
Press & Media Assistant
Luton Town FC Luton Town FC at Kenilworth Road, Maple Road East, Luton, UK
Reporting to the Press & Media Manager, the Press & Media Assistant will:  ·         Provide effective support on the Press, Media, Communications and Marketing functions of the Football Club. ·         Help to produce and deliver first class football content across Luton Town’s website and social media platforms. ·         Maintain and update all sections of the Club website, iFollow and YouTube channels. ·         Contribute to the matchday programme and assist in the production and editing process. ·         Be available to work across evenings and weekends, covering all first team matches home and     away and providing high quality written content. ·         Attend and report on other club activities and events in the community and help to raise the profile of the Club in a positive way. KEY RESPONSIBILITIES ·         Contribute to the matchday programme as required by the Press & Media Manager ·         Assist...