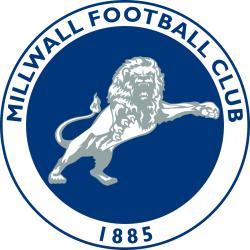 Established in 1885, Millwall Football Club is one of the most famous football clubs in England. Currently competing in the EFL Championship, they play their home games at The Den, which is based in South Bermondsey, and has been the home of the Club since 1994. Founded as Millwall Rovers, the club moved from the Isle of Dogs to South London in 1910, moving to Cold Blow Lane, the former stadium close to their new purpose built home, which has a capacity of over 20,000, as well as a range of hospitality suites and boxes for both matchdays and conference and event space.

Part time
Part Time Foundation Phase Assistant Coach
Millwall Football Club MFC Academy, Well Hall Training Ground, Kidbrooke Lane, Eltham, London, SE9 6TE
Role Summary: An exciting opportunity has arisen for a highly motivated and enthusiastic part-time coach to join Millwall FC Academy. The role will include the organisation and management of individual and team development in the Foundation Phase. The successful candidate will be responsible for implementing the coaching philosophy, visions & values of the Academy and the Club as a whole. The part-time role will involve flexible working hours in conjunction with the Academy's training and games programme. There will also be administrative tasks involved within the role, implementing player reviews, session plans, to ensure we meet the desired criteria of the EPPP. This is an exciting opportunity for an individual to develop as a coach in an elite environment, while working with the players and helping to install and lay down the foundations for the next generation of Millwall FC players. Essential / Desired Requirements: ·         Must hold...