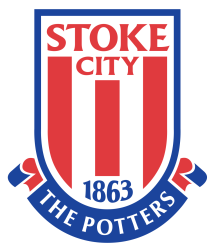 Stoke City Football Club is an English professional football club based in Stoke-on-Trent, Staffordshire. Founded as Stoke Ramblers in 1863 the Club changed its name to Stoke City in 1925 after Stoke-on-Trent was granted city status. We are proudly the oldest professional football club in the world, and are one of the founding members of the Football League.

Stoke City's home ground is the bet365 Stadium, a 30,000+ all-seater stadium. Before the stadium was opened in 1997, the club was based at the Victoria Ground, which had been their home ground since 1878. The club's nickname is 'the Potters'​, named after the pottery industry in Stoke-on-Trent. The Club's traditional colours are red and white vertically striped shirts, white shorts and stockings