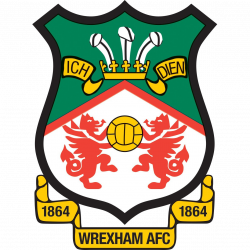 Wrexham AFC are a professional football club, based in North Wales and currently playing in the fifth tier of English football, the Vanarama National League.

The Club is currently under the ownership of co-chairmen Rob McElhenney and Ryan Reynolds. Their goal is to grow the team, return it to the EFL in front of increased attendances at an improved stadium while making a positive difference to the wider community in Wrexham.

They are chasing that goal guided by the following four essential principles:

1. To protect the heritage that has made Wrexham AFC and the Racecourse Ground such a special place to watch football for the last 156 years.

2. To reinforce the values, traditions and legacy of this community. We understand and respect the intense loyalty and love for this club and how it’s woven into the fabric of the town and its supporters.

3. To use our resources to grow the exposure of the club. Of course, this would be in concert with protecting the heart and spirit of a community-led historical icon. But why can't the third-oldest club in the world have a global appeal?

4. To reward the faith of the supporters who have stood by Wrexham AFC through its history by putting everything we have towards what all fans want most for their club, and that is to...

Email me jobs from Wrexham AFC