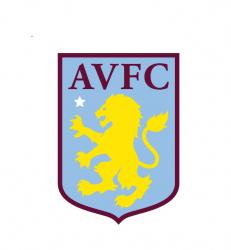 Formed in 1874, Aston Villa Football Club is an English professional football club based in Birmingham. Known as the Villans, they play in the Premier League, and are known to be one of the founding members of the Football League, established in 1888.

With a storied and successful history, Aston Villa have won significant honours both domestically and in Europe, including the  European Cup & European Super Cup 1982.

Located near Witton in Birmingham, Aston Villa have played at Villa Park since 1897. With a capacity of 42,788 and four stands - The North Stand, the Holte End, Trinity Road Stand and The Doug Ellis Stand - it is England’s 10th largest football stadium by capacity.

Aston Villa Train at Bodymoor Heath Training Ground based in Bodymoor Heath, Warwickshire. Opened in 2021 after a £6 million investment, it is recognised as one of the top training centres in the country with heavy influence in it's design taken from leading NFL teams in the United States, such as the Minnesota Vikings TCO Performance Center.

Full time
Assistant Foundation Phase / Youth Development Phase Physiotherapist
Aston Villa Football Club Bodymoor Heath Training Ground
1.    The Department Our Boys Academy Department has been awarded the prestigious category one status accolade demonstrating that we provide the highest level of quality coaching, education, training and facilities for our youth football provisions. In order to deliver our ambitious plans for nurturing, encouraging and developing talent at this level we have an exciting opportunity for a Physiotherapist to join the Academy Sport Science and Medical Department.   2.    The Role We are seeking a self-motivated, forward-thinking and proactive individual to join the team. You will lead the development and delivery of all aspects of Physiotherapy services to the Foundation Phase and Youth Development Phase squads (predominately U9-U14s). This will have a vital contribution towards the Academy Medical and Sport Science Department’s vision of optimising player availability and performance through an elite evidence-based medical provision....

Full time
Commercial Events Sales Manager
Aston Villa Football Club Villa Park, Birmingham, England
1.    The Department The Hospitality team are responsible for the sales and delivery for all Matchday hospitality along with ad hoc Club events such as End of Season Awards Dinner and Play on the Pitch experiences. 2.    The Role We have an exciting opportunity for Commercial Events Sales Manager to join our team based at Villa Park. You will be responsible for developing our commercial events while providing a top-class professional service and achieving individual and team targets . You will manage the sales and coordination across all aspects of commercial events for Villa Park. 3.    The Person The ideal candidate will be highly motivated and have experience of working in a fast-paced sales environment with a proven track record of achieving and exceeding sales targets. ideally you will have experience in managing larger events from sales strategy through to delivery. You will have exceptional communication skills with the...

Sessional
Youth Development Phase Coach
£16.80 hourly
Aston Villa Football Club Bodymoor Heath Training Ground, Bodymoor Heath Rd, Tamworth, UK
1.     The Department Our Aston Villa Women's Football Team and pathway has grown significantly over the last 3 seasons. To support this growth, we are now focusing our efforts to ensure our Women's Academy and Girl's Regional Talent Club have the right people in the right roles to help us in delivering our ambitious plans for nurturing, encouraging and developing talent within our Women and Girls youth structure.  We now are looking for a self-motivated, forward-thinking, and proactive individual to join our Women’s Academy as a Foundation Phase Coach working with the U13 – U16s. 2.     The Role Working at our Bodymoor Heath Training Ground this post will be responsible for driving the development of the RTC programme, working closely with other age groups to implement the club syllabus in-line with our philosophy and club culture. As the Youth Development Phase Coach (U13 – U16s), you will effectively plan, deliver, and evaluate...