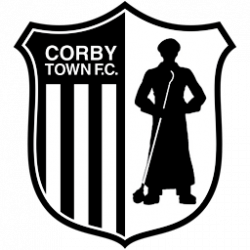 Corby Town Football Club were formed in 1948 and are the second club to represent the town, following Stewarts & Lloyds Corby, who were formed 13 years earlier in 1935. The club’s nickname ‘The Steelmen’ derives from the old steelworks that were in Corby.