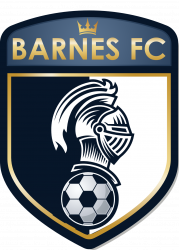 Barnes Football Club was founded in 1862 and had great importance in the development of football in 19th century. The club took part in first ever FA Cup in 1871-72 with 15 consecutive editions of the competition.

Currently, management is re-establishing the club and will operate as grassroots club and will play in Kingston & District Football League under Surrey FA.  The club is run by a volunteer management committee.

Email me jobs from Barnes FC