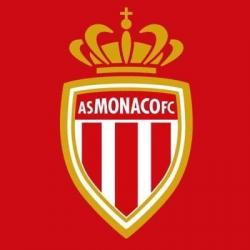 AS Monaco is a professional football team from France that competes in the Ligue 1. AS Monaco is based in Monaco. The club currently plays at Stade Louis II in Fontvieille. AS Monaco was founded in 1924 and currently has 30 championships, which makes them the most successful French football team.

The club has one of the best training grounds around, and the club's youth academy has produced some of the best players in the world including Thierry Henry and David Trezeguet.

Email me jobs from AS Monaco