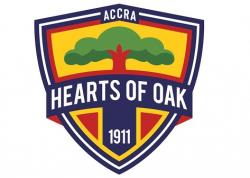 Founded in 1911, Accra Hearts of Oak SC is the oldest existing Ghanaian football club and with a fan-base of an estimated 8 million, among the most popular clubs on the African continent. The Club has previously won the CAF Champions League, the CAF Confederations Cup, and 20-times its local league, the Ghana Premier League.

Email me jobs from Accra Hearts of Oak SC