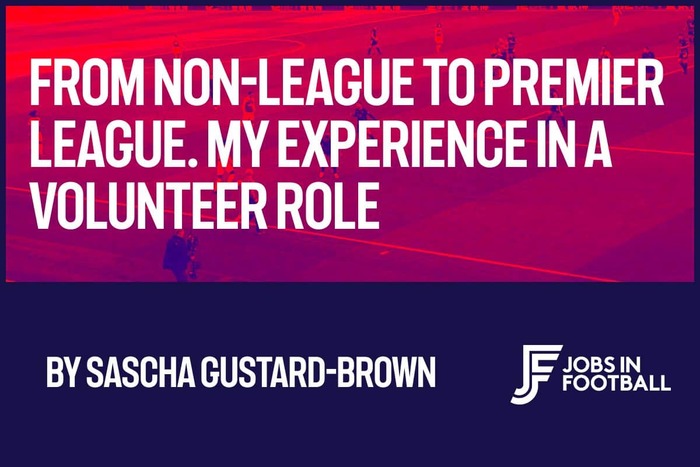 "I want to work in The Premier League"

This is a sentence I have heard often during my time working in the football industry. Whether it be from university students studying a football related course, those who have been working at EFL clubs for just a short space of time, or football supporters who are chatting away to each other on a matchday - the Premier League for many is the pot of gold at the end of a rainbow. And having worked for a club in the Premier League, I have no issue with those seeking a career in football if they feel that is where they want to be.

However, it is a lot of hard work and consumes a lot of your time. Equally though, the atmosphere and environment at the highest level of the game is undoubtedly something any football fan would want to be a part of. It is engaging and exciting, with the constant possibility that you will be a part of a piece of football history. Although, while there is no argument from me about the Premier League (or its International equivalents) being the career goal, I can say with absolute confidence that a lot of insight and experience can be gained from working at non-league level. It is where I started my time in football and I would not be where I am today had it not been for that experience.

Volunteering at your local Football club

In the north of Hertfordshire there is a wonderful town called Hitchin and in that town is Top Field - the home of The Canaries i.e. Hitchin Town Football Club. I started my 'career' in the football industry through volunteer work at the club, after submitting some creative writing pieces I had put together for fun. I was actually working as an Administrator in the Robotics Industry at the time so this was an amazing opportunity to be a part of football. I began by providing match previews and reports for the club's website, as well as having a regular space in the matchday programme to write about all manner of subjects.

Shortly after finding my feet with this volunteer work, I was asked to write the match reports for the Non-League Paper (NLP) - an amazing opportunity which I of course jumped at. It was quite an experience, having to watch the games so intensely to ensure I could be as accurate as possible for the NLP readers. Many of us do not appreciate that side of the game - we are so used to having quick access to statistics thanks to a team of people with professional technology, that we do not realise that at a lower level of the game, somebody is responsible for providing that as part of a wider match report. I will never forget being given the 'Star Game' one week, which meant I had to note down additional statistics such as the number of corners for each team and I think the number of throw-ins too! But what an experience that is for somebody, right? Having that responsibility and pressure to get such information correct. What better way to learn than being thrown into the deep end and work on something that requires such attention to detail because supporters from both sides are relying on the fact that what you have written down is correct. 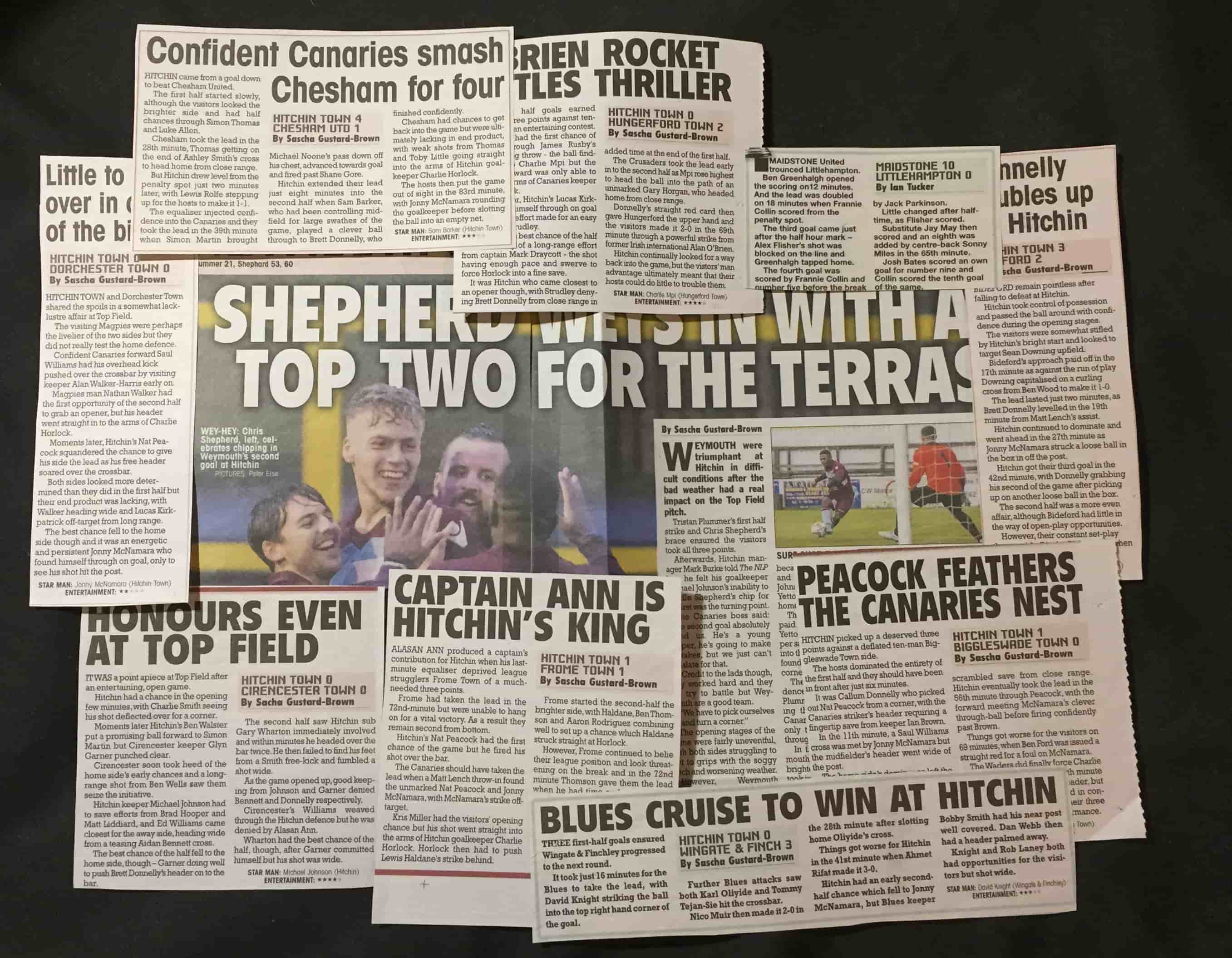 At that 'Star Game', it was blowing a gale, pouring with rain and the usual 'table' I sat at next to the tannoy announcer, had been taken over by the commentary team of the visiting side! So I spent 90+ minutes balancing various bits of paper across several seats and rushing on to the pitch at full-time to interview the manager of the opposing side, who just happened to be their goalkeeper as well! In such a short space of time I had gone from creative writing for fun, to submitting regular programme pieces, writing match previews, writing two different styles of match reports and interviewing managers and players in non-league football.

From Non-League Volunteer to full-time in The Premier League

My story isn't unique either. A friend and ex-colleague of mine started writing match reports for the NLP before working as a Media Assistant full-time at a league two club. After two promotions and a lot of hard work there, he made the step up again and now works within the media team at a premier league club.

And there are so many areas to be involved in. Okay, so you will not have areas to work in such as Sports Science or Player Care but you can gain valuable insight and experience in key roles that do exist throughout the football pyramid, such as a Club Secretary.

Administration exists at all levels of the game, albeit in different formats and for varying regulatory bodies but it exists nonetheless. As does the need to find sponsorship income and to increase ticket sales. So if your dream is to be a Club Secretary, or a Commercial Manager or Ticket Office Manager, then see if your local non-league club needs any volunteers in these areas, or has the capacity to offer work experience. More often than not, an extra pair of hands is needed on their side, so you may find that reaching out to them proves to be just as beneficial to them as it will be to you. And if like me, you are offered the chance to be even more involved and have the time to do so, then take that opportunity with both hands.

I will be forever grateful to Hitchin Town FC that I was introduced into non-league football and the opportunities they have given me - it undoubtedly elevated my position into the industry. I went from volunteering there to a full-time position at a premier league club, with no other football experience in between. I sincerely believe it was the confidence, the knowledge and the work ethic that I gained from being a volunteer in non-league football that a) made me confident enough to apply for such a position at a premier league club in the first place and b) be the successful candidate from that process. Many of us have not applied somewhere because we have talked ourselves into thinking we won't get the job anyway but it is honestly always worth trying.

Volunteer – develop your local club and most importantly, yourself!

I would urge all those interested in a career in football to look at the non-league club that sits within their local community, or within the surrounding areas in which they live. What's the least that can happen? You get to meet some wonderful people with a lot of knowledge and understanding of the game. And at the other end of the scale? You will find some of the most rewarding and beneficial opportunities that will not only help your career but also assist a club that relies on volunteers and supporters to survive. Even if you are unable to give your services for free, then still attend some fixtures and read the match reports too - it will all help in understanding the game.

I am now a season ticket holder at Hitchin Town FC, I assist on a volunteer basis again and even though I have worked at higher levels of the football pyramid, I am still learning from the club where it all started for me.