Our Youth Programs
The Red Bulls Youth Program is a multi-layered system that provides professional support at all levels of the game. Each level of the player development pyramid has been structured to provide support to players, coaches and youth soccer organizations. Within the local community, programs are offered for players of all ages and abilities. For players with outstanding ability, there is an opportunity to progress to the academy level and even the Red Bulls First Team. We are the #1 professional coach education team in the NY/NJ-Metro area and will make you a better coach.

Purpose of this job
The New York Red Bulls Regional Development Schools are currently looking to add experienced coaches to our player development staff as head coaches of our Pre-Academy teams.  As well as working as the Head Coach of one of the Pre-Academy teams, the successful applicants will also work within the seasonal RDS program.

What you’ll do
Your areas of expertise that matter most for this role
As a part-time employee, you will not be eligible for Company-sponsored benefits or paid vacation.

Because of the cyclical nature of the entertainment industry, you may be asked to work varying schedules to reflect our needs.
Red Bull New York is an equal opportunity employer and we will not discriminate against any employee or applicant for employment because of age, race, creed, color, national origin, ancestry, marital status, affectional or sexual orientation, gender identity or expression, disability, nationality or any other classification protected by law. 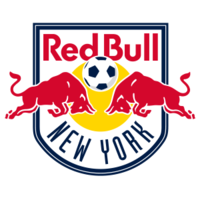