The Football Association [The FA] is the not-for-profit governing body of football in England. It is responsible for promoting and developing every level of the game, from grassroots through to the professional game, and generates significant revenue to support investment into English football each year.

The FA oversees England international teams across men's, women's, youth and disability football, as well as running the National League System and FA Competitions including the Emirates FA Cup, Barclays FA Women's Super League, FA Women's Championship, and Vitality Women's FA Cup, and the world-class facilities of Wembley Stadium and St. George's Park, all with a purpose to Unite the Game and Inspire the Nation.

90 minutes to change our world

HAVE THE DIGITAL WORLD AT YOUR FEET

Technology is key to the FA's transformation. From supporting grassroots via our day-to-day digital presence, to using data-led insights to drive the game – to developing future focused platforms for professional football – our Digital Technology team is central to our future.

Whilst investment in technology to make the experience of all participants relevant and easy, is already at the heart of how we can serve the game, we are looking to invest even further and deliver in a more iterative way, forming product lines and fully moving towards an Agile, Product Management framework.

By 2024, we will upgrade and simplify our core football administration system (moving from Whole Game System to Platform for Football) and provide enhanced capability to England teams.

Our product lines cover all those that RUN, PLAY, LEARN as well as our responsibility to REGULATE, WIN and leverage DATA whilst also ensuring sufficient focus on the CORE BUSINESS online and PLATFORMS that support each product and service across the organisation.

Join us in helping to DECIDE THE GAME and HAVE THE DIGITAL WORLD AT YOUR FEET.

The Role and Key Accountabilities

This role determines and oversees delivery of the strategy and roadmap for a number of products to achieve business outcomes and financial objectives. There are four key areas of responsibility:

Understand the customer and market

Own the product strategy

What we are looking for

What we can offer you

Please be aware that unless you are on a homebased contract, your contract with The FA will specify a fixed location of either Wembley Stadium, St. George's Park or our Processing Centre.

We currently work within a hybrid working model whereby the expectation is to work from your contractual location for part of the week, and as and when required by the team. The remaining days can be worked remotely. We will continue to monitor this model and it may be adjusted in future if deemed necessary.

The Football Association Group promotes inclusion and diversity, and welcomes applications from everyone. If you have any particular requirements in respect of the recruitment or interview process please mention this in your application. 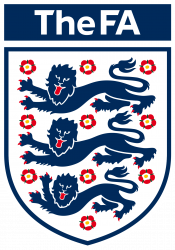 Careers at The Football Association

The Football Association are the governing body of football in Engand. The FA are responsible for ensuring that all the leagues within the country are fair and uphold specific standards. They are also responsible for overseeing, promoting and developing English football at all levels, including youth grassroots amateur and semi-pro leagues, as well as elite professional leagues.

The FA was established on 26 October 1863 as the British Football Association, before changing its name to The English FA in December 1910. Currently the Football Association is responsible for all legalities involving football played in England and it's also considered as their national governing body which is based in London, UK. The main responsibility of this organization is to run all leagues as well as provide support with coaching and facilities so they can help grow the game at all levels.

The current stadium was officially opened in 2007, replacing the original 1923-built Wembley Stadium which stood on the same site.

St. George’s Park, The FA's National Football Centre, is located in Burton-on-Trent and is an education and research centre giving future generations of English football coaches the fundamentals they need to effectively coach in their communities.

The  £105m St George's Park, an impressive 330-acre facility, has 11 outdoor pitches, including an exact replica of the pitch at Wembley Stadium, as well as an altitude chamber that allows them to mimic playing conditions in different stadia around the world.