ABOUT OUR COMPANY
Philadelphia was awarded the 16th Major League Soccer franchise in February, 2008 and the team was officially announced as the Philadelphia Union in May, 2009.  Owned and operated by Union Sports and Entertainment (USE), the group launched the Philadelphia Union's inaugural season in 2010 and opened what is now Subaru Park in June, 2010.  Subaru Park is an 18,500 seat, world-class soccer specific stadium that sits beautifully along the Delaware River at the base of the Commodore Barry Bridge and is only 15 miles from downtown Philadelphia.

The club has reached the finals of the Lamar Hunt U.S. Open Cup in 2014, 2015 and 2018, and has appeared in the MLS Cup Playoffs in 2011, 2016, 2018 and 2019.  In 2020, the Union were awarded the club’s first Supporters’ Shield after finishing with the best regular season record in MLS.
The Philadelphia Union is part of parent company Keystone Sports and Entertainment LLC, which also operates Philadelphia Union II, the Philadelphia Union Academy, Philadelphia Union Foundation, and Philadelphia Union Youth Programs.  With a commitment to developing talent from the Delaware Valley, the Union has signed nine local players from their academy to a first team contract.
ABOUT THIS ROLE
The Communications Coordinator is a member of the public relations and communications department, with primary responsibilities focused on game-day press operations, media relations and pitching, drafting press materials, and administrative duties supporting the communications/public relations department.  The position will report to Senior Manager, PR/Communications under supervision of VP, Marketing and Communications.
RESPONSIBILITIES:
First Team Game Day responsibilities:
First Team Non-game day responsibilities:
*Must be able to staff player appearances and organization events which may fall on nights or weekends*
Other Areas of Support within the Organization
QUALIFICATIONS:
*Potential for occasional travel with team to away matches*
This position requires the following background clearances:
We offer a comprehensive benefits package that includes medical, vision, Rx and dental coverage, an employer-matched 401(k) plan, Life Insurance, Disability, merchandise discount, 24/7 Fitness Center, on-site café, and much more!
We are an equal opportunity employer and all qualified applicants will receive consideration for employment without regard to race, color, religion, national origin, sex, sexual orientation, age, disability, gender identity, marital or veteran status, or any other protected class. 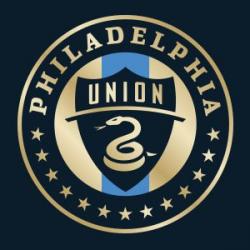