TITLE: Video Production Coordinator
DEPARTMENT:  Communications
REPORTS TO: Director of Video Production
FLSA: Full-Time, Exempt
WHAT SETS YOU APART
You have a keen eye to shoot, conceptualize, and create impactful video content that focuses on engaging content that informs and inspires supporters across different channels. You are a collaborative person that likes to learn and grow from their peers and the team can rely on you to produce and edit quality and timely work to accomplish the goals.
ESSENTIAL DUTIES AND RESPONSIBILITIES:
QUALIFICATIONS:
It’s never just a job at Orlando City SC.  It’s a way of life. We live and breathe soccer. We believe each role is as unique as the person who does it. To join our team, you will also possess these qualifications:
About Orlando City SC:
Orlando City SC joined Major League Soccer (MLS) as the league's 21st franchise in November 2013, becoming the first MLS team in the Southeast. The Lions began league play in March 2015, and in 2017, Orlando City SC, moved its home matches into Exploria Stadium, a 25,500-seat soccer-specific stadium located in the heart of downtown Orlando.

In November 2015, the Club announced its intention to bring professional women’s soccer to Central Florida and launched Orlando Pride in National Women's Soccer League. The Pride began league play in April 2016 with a star-studded team of FIFA World Cup Champions. In 2019, Orlando City SC re-launched OCB to bridge the gap between its successful youth development academy and the First Team.
With a footprint across the central Florida region and a roster comprised of international and home-grown talent, Orlando City SC boasts global relevance through its assemblage of world-class athletes.
Orlando City SC is committed to building the global standard for professional soccer teams and is guided by the following principles:

To bring our community together, create lasting memories, and fuel passion for soccer.

Be the envy of our league through performance & relevancy.

Entertain, unify, and inspire our community through passionate soccer & service and winning championships.
We are an equal opportunity employer and all qualified applicants will receive consideration for employment without regard to race, color, religion, national origin, sex, sexual orientation, age, disability, gender identity, marital or veteran status, or any other protected class. 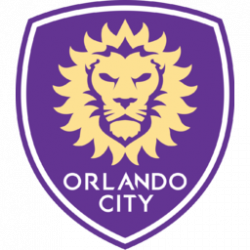