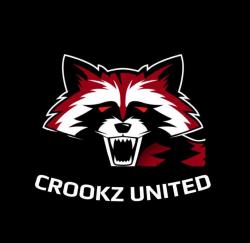 Crookz United is a newly formed football club that was created in September 2020. The club was created with ambitions of climbing up the ranks of English football. During this journey we hope to recruit and develop talented players at the club and also provide exposure for these players, helping them achieve their goals of becoming professional footballers.

Our very first season as a club has ended and has been a success despite the challenges present by covid-19. We have managed to assemble a squad of talented, hardworking and hungry individuals. The current squad consist of players aged 17-24 some of which are former academy footballers looking to get back in the game to progress to the highest level possible. Crookz narrowly missed out on winning the ILFL premier division 20/21 finishing in 2nd place which is testament to the quality of players we have at the club.

Email me jobs from Crookz United