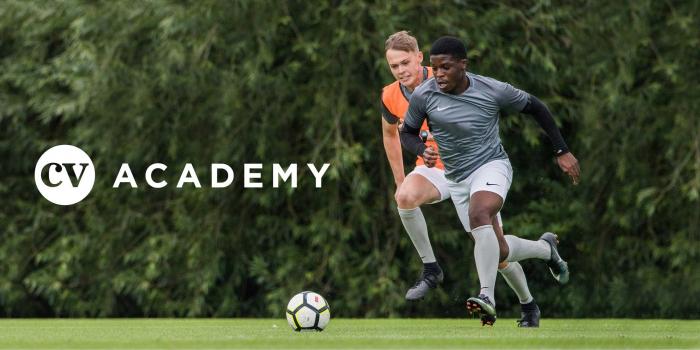 At Jobs In Football, we try to connect users with the best learning resources available through all aspects of the game. When it comes to Coaching, there are a myriad of options in terms of online resources, but why not learn from the very best? Our partners at CV Academy provide exactly this, with courses delivered from the best minds at the elite levels of the game.

The Coaches’ Voice Academy helps coaches at all levels of the football pyramid improve their game by connecting them with content from a growing community of elite coaches. New content, including coaching courses filmed using high-end drone technology and session plans designed for all age phases, is added weekly.

The Coaches’ Voice – www.coachesvoice.com – was launched in January 2018, with the ambition to create a platform on which the world’s leading football coaches could manage their own narratives, and give unique insights into the experiences, philosophies and tactics that have driven their careers.

The concept was devised by former Manchester United and Chelsea chief executive Peter Kenyon. His extensive experience at the top of the game led him to believe that coaches were at the very heart of football, but lacked a trusted platform on which they could tell their own stories in their own words.

The Coaches’ Voice has delivered that; in its first 18 months, the website has featured exclusive content with the likes of José Mourinho, Diego Simeone, Gareth Southgate, Brendan Rodgers, Luiz Felipe Scolari, Jill Ellis and Xabi Alonso. A Spanish-language version of the website was launched in January 2019.

In that time, the brand has established itself as a producer of high-quality content that speaks with authority, insight and integrity – and built a highly engaged and informed audience, many of them coaches, who have a strong desire to learn from the best.

Here is a short clip of Jose Mourinho discussing his tactics when Inter Milan faced Barcelona in the 2010 Champions League semi-final:

Having built strong relationships with elite coaches and a dedicated following of coaches at all levels, the business launched an exciting new subscription platform, the CV Academy, in September 2019.

The CV Academy is designed to help coaches at all levels of the football pyramid improve their game by connecting them with content from a growing community of elite coaches, giving exclusive insights into their approaches and training methods.

The content is led by two new coaching courses every month, each delivered by an elite coach from the top end of the professional game or a specialist age-phase coach from a Category 1 academy, and filmed using high-end technology.

The coaching courses are supported by a significant bank of detailed and easy-to-use session plans and practices curated by UEFA-licensed coaches, aimed at all phases of player development from Under-8 through to first team.

As the CV Academy builds, both in terms of content and community, there are exciting plans for the future. So watch this space…

Cost of the CV Academy

However as a partner of CV Academy, Jobs In Football users will get 25% off an annual subscription (100 available at this price) by using the code JIF25 at checkout.