Can a radical approach bring a satisfactory end to the English football season? 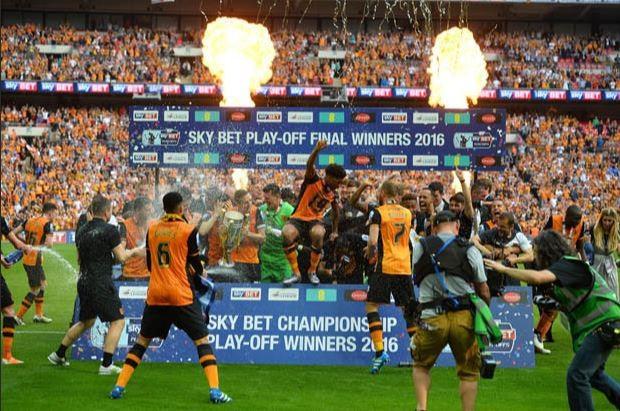 With time running out, and professional sport still in limbo, the Premier League and the Football League have some big decisions to make in the coming days.

The Premier League's Project Restart proposal to complete the season at neutral venues was poorly received by clubs earlier this month. Richard Masters, the chief executive, admitted “everybody would prefer to play home and away if at all possible”, and so the original plan for neutral venues seems to be off the table.

The government has suggested the competitions could return behind closed doors from next month and the Premier League has a provisional start date of June 12 in mind, but there is some opposition outside the game. London mayor Sadiq Khan told the Evening Standard that it is too early for sport to resume in the capital (https://www.standard.co.uk/sport/football/sadiq-khan-opposes-premier-league-plan-restart-london-june-a4438206.html).

Brighton had led the opposition to playing on neutral grounds with their Chief Executive pointing out that some clubs had the majority of their outstanding fixtures to play at home and that playing on neutral grounds would disadvantage them. At a previous meeting six clubs, believed to be those occupying the bottom six positions currently, had pushed for the season to be abandoned, as in France and Holland, and there to be no relegation from or promotion to the Premier League.

With clubs unable to agree on a plan the FA has weighed in, telling Premier League clubs they would not be allowed to abandon the season.

As a result of FA Chairman Greg Clarke’s intervention three clubs would still be relegated and Liverpool declared champions even on a points-per-game basis if the remaining games are not played. Bournemouth, Aston Villa and Norwich would be relegated on that basis under FA powers according to Clarke.

This intervention has forced the clubs to re-assess their position and enter into negotiations with government to try to resolve the issue.

Premier League chief executive Richard Masters said: “Still the really strong collective will to complete the season remains, but it was the first time we discussed curtailment – it’s still our aim to finish the season obviously but it’s important to discuss all the options with our clubs.”

The Football League’s position if the season cannot be completed is that the two teams currently occupying the first two places in the Championship, Leeds and West Brom would be promoted, and clubs currently in the play-off positions to play to determine the third promotion spot. These could be one-off games on neutral grounds.

Further down the pyramid the position is less clear since with little broadcasting revenue completing the season could be beyond most clubs in Leagues One and Two.

Consequently, although the Championship is keen to talk up the prospect of deciding promotion places, reliant on the Premier League resolving their own issues, there has been little talk of relegation.

If the Premier League does not finish, and this is a possibility, the standings are extremely tight with just four points separating 15th placed Brighton and Aston Villa in 19th, with Villa having a game in hand (more of which later) and it would be difficult to choose three teams for relegation on sporting merit.

Lawyers will be rubbing their hands at the prospect of legal action from teams chosen for relegation or denied promotion.

So, is there a sporting solution that could be played out in time for next season, and one which makes the logistics achievable for all the leagues?

An enhanced play-off system, streamlined to reduce the number of games, could be the solution, and could operate all the way down the leagues.

In the Premiership, the bottom six clubs could be seeded one to six, and play one-off or two legged ties against each other 1v6, 2v5, and 3v4. Meanwhile in the Championship the current top six would play a similar set of games.

The winners of the Premier League games remain in the competition next season as do the losers of the Championship ties.

We then move on to another round of winner-takes-all games.

The six teams are seeded again 1-3 being the Premier League Clubs and 4-6 from the championship.

Another round of games takes place and the victors play next season in the Premier League the losers play in the Championship.

This could result in three teams being relegated or none at all.

Although this may seem strange to many readers, it is similar to the system used in Scotland for the second relegation spot from the top tier, and during the first two years of play-offs in the Football League in 1987 and 1988 prior to the creation of the Premier League. At the time the leagues were being restructured reducing the top tier to 20 clubs from 22.

Interestingly during those two seasons only one club, Charlton Athletic, which entered the play-offs in a relegation position managed to win and therefore retain their status.

The top of League One is the only league which currently is difficult with games in hand and teams tied on points but a solution could be found by adding a couple of extra games before the knockout competition.

Such a solution seems to satisfy the sporting criteria and could be a backdrop position is games are not completed. Also, by playing them just prior to the new season fans could well be in attendance.

None of the above solves the problems of European qualification in the Premiership if the season is not completed. UEFA has said that national associations must be “objective, transparent and non-discriminatory” when deciding which clubs should compete in the 2020-21 Champions League and Europa League if they cannot finish their seasons.

It stressed that competitions proposing to terminate early must provide "legitimate" grounds to do so.

The position in the Premiership could be hideously complicated, especially if Manchester City’s European ban is upheld or no hearing at the Court of Arbitration for Sport takes place before teams have to be nominated for the competitions.

Assuming the FA and Premier League uphold the ban on City, fifth place in the Premiership, currently occupied by Manchester United, would be good enough for the final Champions League spot. City’s victory in the EFL Cup would mean both Wolves and Sheffield United entered the Europa League.

The final Europa League slot belongs to the winners of this season’s FA Cup adding to the complication since that was suspended at the quarter final stage and is unlikely to be completed before UEFA’s deadline for nominations for its competitions. Then the fairest thing would be to award that place to the next side in the Premier League, Tottenham Hotspur.

All of this may be irrelevant if UEFA abandons the qualifying rounds for next season due to time constraints and this is now a serious possibility. Then only two Europa League spots would be available, although one of those is for the FA Cup winner, and presumably that would now depend on league rankings.

There is one final problem however. Remember Aston Villa’s game in hand at the bottom of the table? That is against Sheffield United! If that game was re-scheduled to even up the games played in line with UEFA's sporting integrity guidelines, and the Blades were victorious, they would move up to fifth in the temporary standings, claim the Champions League spot and bump Manchester United down to the Europa League.

Big decisions lie ahead, but just how radical might they be?

Kevin Hall is an experienced writer on financial and economic matter for leading magazines in Europe and the US who has also written books on European pension provision and Eastern Europe's financial markets. Kevin has ghost written publications for leading financial commentators and has contributed to SEO companies for many years.

He has edited newspapers the UK, Spain and Hungary and written for The Guardian The Observer on football. He previously studied Jurisprudence at University College Oxford and worked for Norton Rose Fulbright